Should We Diagnose Kanye?

Race and mental health have a complicated past. 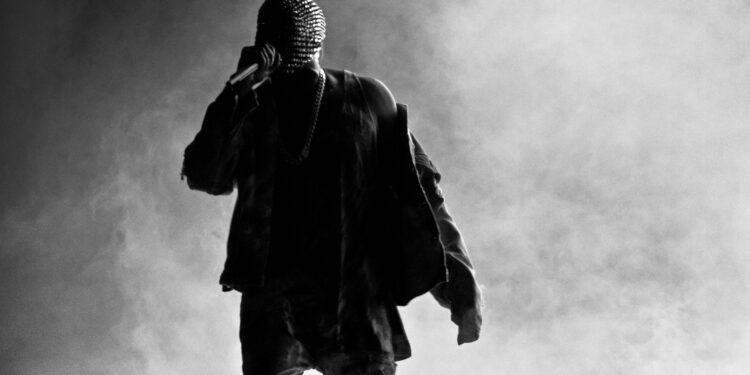 It’s been nearly a month since we heard from him. Yet everyone still has an opinion. Some pine for the days where his music defined modern culture. Some want him to quiet down, while others want him to go away. Most just want a return to normalcy.

That’s the problem: normal is a relative term. Who’s to claim what Kanye should or shouldn’t say? He certainly had a lot to express before his recent radio silence. He went on podcasts. He gave impromptu interviews. And, of course, he posted on social media. He said whatever comes to his mind. Now, comes the silence. And with enough time passing, comes some much needed reflection.

When we were going through peak Kanye hysteria, it often appeared that those who were earnestly listening to him were simply baiting for sound bites to later exploit against him. From the outside looking in, it looked as though Kanye was being taken advantage of.

That’s only if we assume the consensus about him is true, that he is suffering from a mental health condition. Admittedly, he said at one time that he was diagnosed with bipolar disorder. But he later said he was misdiagnosed. Then he blamed the physician who allegedly diagnosed him deliberately did so.

It’s all so confusing, truly hard to keep up with it all. We get lost in the chaos and cherry pick the facts we find most appealing. Those who were once great admirers chalk it up to a mental health condition, hoping – praying, at times – that it’s all a temporary affliction that will eventually dispel and he will emerge from this period of silence stronger than ever. Others are wistfully distancing themselves, acting as though he has passed, now a mere ghost in shell, living only through his music.

But lost amiss the epitaphs and premature farewells is a deeper element to Kanye’s behavior. It’s hard to see in the moment, but becomes clear in retrospect. It falls squarely at the intersection of race, mental health and history.

What Kanye’s saying is nothing new. A few decades ago, Malcolm X espoused the same racial invectives. But the fervent anti-Semitic beliefs among Black Americans began far earlier than that. Back to the reaches of Black history, when slavery was just recently abolished and America found itself in the Jim Crow era. It’s a world filled with tragic tales and gross injustices that most in the present would rather gloss over. But these stories must be told, particularly since we’re retelling a modern rendition of it right now. As abhorrent as Kanye has been acting of late,  what we’re doing to him is no different than what we did to other prominent African Americans in the Jim Crow era.

Nearly a century ago, a prominent Black American figure rose to prominence spouting a very similar message. His name was Marcus Garvey. Today, he has been relegated to the appendices of the history books for most Americans, but not for everybody.

In his native Jamaica, he is still hailed as a hero and buried in the nation’s capital, at Kingston’s National Heroes Park. He’s widely considered an international hero and essential to the burgeoning 20th century identity of the pan-African diaspora. After his death, his ideas exerted a considerable influence on movements like the Nation of Islam and the Black Power Movement. And his life story is just as captivated as the ideas he promulgated – particularly since he was speciously convicted of financial crimes that many assumed to be a government orchestrated spectacle. This specter of conspiracy gives his name an undying legacy. It would be the first of many counterculture narratives that have left major imprints on the modern Black identity.

Like Kanye, Garvey spoke of Black independence and financial freedom. Both were natural entrepreneurs, launching several businesses, though Garvey never reached the financial heights that Kanye did. But like Kanye, Garvey at times identified with while supremacy groups, advocated anti-Semitic tropes, and grew isolated from other Black activists.

The parallels between the two are uncanny, almost conspicuous. It gives credence to the notion that Kanye is in full command of his actions and knows full well what he is doing. There’s an obvious historical precedent. And there are too many similarities for it to just be coincidence.

As atrocious as that may sound, particularly given the violent undertones in espousing such rhetoric, we cannot dismiss the historical parallels between Kanye’s actions and this persisting countercultural narrative that remains inherent to the Black identity. While many assume he is lost in an acute mental health crisis, and enjoying a much needed reprieve from the limelight, we can just as easily say that he is finding his identity as a Black American. But that requires us to study just exactly what that identity is and how it formed over history. We don’t want to do that.

It’s convenient to dismiss Kanye as crazy. It’s a pretty en vogue take right now. But it’s the easy way out. It disregards decades of Black countercultural suppression that only seems to manifest when it reaches its most poignant incarnations. It’s time we stop waiting for the boiling points.

Everybody remembers the Tuskegee Syphilis experiments. But few like to address the lingering distrust that came because of it. Similarly, everybody has a hot take on Kanye’s predisposition. But few want to address the root cause beliefs underpinning his messaging.

Is he being hurtful? Yes, but hurt people hurt others. Rather than dismiss him as a mental health patient going through an acute crisis or a willful actor needling for shock and awe, let’s see Kanye in his full dimension – in his full identity.

He’s both at once – a Black American and a patient with unmet psychiatric needs. He’s exhibiting obvious clinical symptoms of concern and he is expressing what many Black Americans would consider the truth – both at once. To understand Kanye as he should be understood, we must see both. It’s might not be easy, and we’ll go down roads we don’t want to, but it’s high time we start to understand why these narratives keep popping up.

Dismissing him is not the answer. His voice may fade, but his message will linger, like Marcus Garvey before him. The incandescent scars that so many Black people bear get passed on from generation to generation.

If we ignore Kanye, then we forgo the opportunity to shine a light on a dark legacy tucked in the annals of American racial history. Instead, let’s resist the tendency to label and summarily dismiss, and look at Kanye in terms of all the behaviors he exhibits.

We will gain a better sense of the Black identity. We will learn how sometimes healthcare is not just about a person’s health, but about their broader identity in society.