Rise of the Medical Licensing Boards 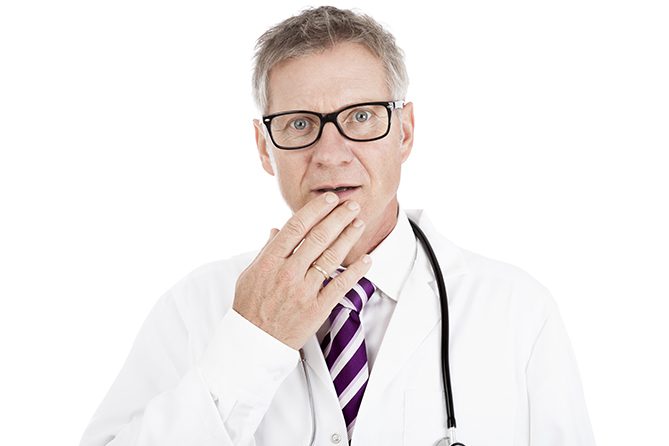 Healthcare and law have always had an uneasy relationship, but it has become especially uneasy during the pandemic, when long held assumptions of public policy fell apart, when the assumed regulatory authority overseeing healthcare lost credibility.

Healthcare has become so regulated in recent years that it has become defined by the regulations. Regulations that failed to withstand the pandemic. So now that we are approaching a new post-pandemic normal, how will this new relationship play out?

How will healthcare and law now interact?

It is imperative that medical licensing boards across the country take the opportunity to revisit long held assumptions about healthcare statutes and regulatory policies, and assess the benefit of these statutes and policies. In much the same way we evaluated the financial systems through stress tests after the Great Recession, we should evaluate the medical appropriateness of healthcare law as it pertains to actual patient behavior.

It must begin with medical licensing boards. Long relegated to the role of administrative bureaucrats, medical licensing boards theoretically contain significant sway with their respective state’s office of attorney general – the top prosecutorial body in each state – and have the potential to influence the interpretation of many healthcare statutes.

Yet we often find medical licensing boards serving as glorified agents of the state, rubber stamping laws already agreed upon by attorney generals, and acquiescing without much resistance to federal policies. During the pandemic we saw a slew of regulatory policies coming and going seemingly by the day, yet never once did any medical licensing board question the medical efficacy of these policies.

What Milton Friedman cautioned, “the cure is worse than the disease”.

What this pandemic has shown is that healthcare is decidedly local and that the laws we have enacted to regulate healthcare at a federal level simply do not work unless they are tailored for local populations. We need an administrative body, localized to the level of the state, to oversee the appropriate implementation of healthcare laws and policies – to ensure they are fundamentally medically appropriate.

Their voices matter and their voices should be more active in healthcare policy going forward.

This is a critical distinction that limits the overall effectiveness of medical licensing boards. When the framework of any decision is limited, the opportunity to discuss the issues related to that decision are also limited. For many issues presented to the board, the topic has already been decided.

Medical licensing boards can provide some variation of these documents for healthcare legal cases to ensure that the interpretation of the law is medically appropriate. Which would help in situations as we saw during the pandemic when states were uncertain how to proceed and often made decisions based upon political rhetoric.

Many states relied upon their departments of health, but often those physicians are appointed by the politicians themselves and are reluctant to speak out against political leaders openly. The medical licensing board is different, they have longer appointments and are less influenced by the political rhetoric.

Furthermore, medical licensing boards do not necessarily have to weigh in on the specifics of the case, they can focus on the medical fundamentals underlying the case.

Often many legal battles are fought by lawyers who simply lack the medical context necessary to properly adjudicate the law, and develop novel interpretations of the law that may run contrary to effective patient care. Precisely because the lawyers do not understand the underlying medical fundamentals in the issue.

It would ensure the legal system operates in a manner conducive towards patient care.

If legal interpretations lack appropriate medical context, they can be interpreted in medically harmful ways. And if that interpretation is upheld in court, it eventually creates case law.

Medical licensing boards have a duty to regulate the practice of medicine. Normally we assume that to mean regulating the behavior of individual physicians. But that also includes regulating the interpretation of healthcare laws in court. For the two are not mutually exclusive and clearly influence one another.

As physicians behave according to the interpretations of healthcare laws. So medical licensing boards should have the authority to oversee both.