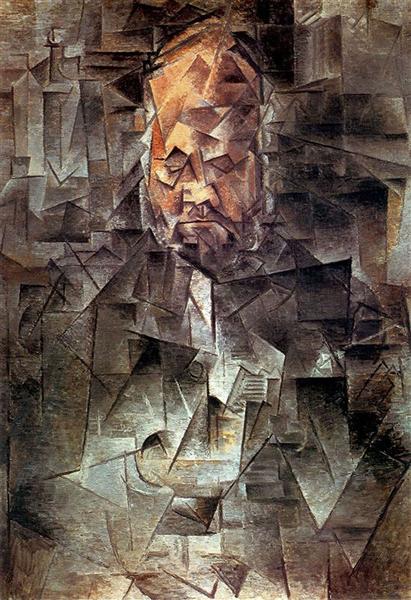 Distorting mirrors are built with curves, often using the contortions to achieve a desired effect – whether that is to frighten visitors at a haunted house or to accentuate a movie scene for film-making.

In those instances, we are aware of the distortions. And through our awareness, we are able to account for and calibrate against the distortions – sensing what the original reflection would look like absent the alterations.

But when we are not aware of the distortions, we are no longer able to account for them, nor able to calibrate back to the original reflection.

Instead we perceive the distortions to be the reality, the original frame of reference.

This is what happened when the recent Johnson & Johnson (J&J) DNA-based vaccine was placed on – what we assume to be a pause, or a restriction, or a something – what that is, we still do not quite know, as we have not received much information or guidance from the Centers for Disease Control and Prevention (CDC) or from the Food and Drug Administration (FDA).

Within that void a plethora of media personalities, subject matter experts, and – of course – conspiracy theorists have entered, each with their own spin and take on the subject.

Some spinning ad hoc calculations regarding the safety of the J&J  vaccine using inherently incomplete data, others concerned the pause will reduce confidence in the J&J vaccine, while still others lauding the pause as a way to restore confidence in vaccines overall.

The messaging is mixed to say the least.

But more than the messaging, the manner in which we engage with the message is a more pressing issue, which first began after reports surfaced that six people who had received the vaccine developed rare blood clots in the brain, with one patient dying as a result.

All six of the reported cases that came after the vaccine was widely available occurred in women (though a similar case was reported in a man during the clinical trials). All patients were between ages 18 and 48, and several were treated with the blood thinner heparin, which is typically used for such cases, but actually worsened the clotting for these patients – an unanticipated complication that raised additional concerns among regulators.

The standing theory among vaccine experts is that the patients developed something called vaccine induced thrombocytopenia and thrombosis (VITT) after receiving heparin secondary to the vaccine induced blood clots. But VITT is an evolving disorder that we still need to learn more about in order to diagnose with full confidence – which is made more difficult by the fact that data on vaccine side effects are nearly impossible to organize under one data repository.

Nearly seven million vaccines have been administered in the United States alone. We should have enough data to evaluate the safety profile of the vaccine. Yet we do not – because America’s medical data is highly fragmented.

We do not have a comprehensive way to assess risks and benefits for different groups that have received the vaccine. There is no established pathway to connect patient data with vaccine records – it is disjointed because it is based upon voluntary reporting.

A voluntary system may seem archaic, but it is how the six cases came to the attention of regulators in the first place. They were reported to the CDC through an online database called the Vaccine Adverse Events Reporting System, or VAERS – an open website that medical staff, patients, and caregivers can use to report vaccine side effects.

Because the system requires active participation, it is impossible to calculate exact risks using VAERS data since the data suffers from reporting biases. Epidemiologists use it to look for hypotheses that tie vaccines to side effects, rather than a source to confirm clinical suspicions.

And one of the reasons used to justify the pause is to give time for physicians or patients to proactively report cases they had not previously connected to the J&J vaccine.

“It might stimulate some clinician to say, ‘oh my God, Mrs. Jones had that three weeks ago,’” says Dr. Arthur Reingold, a former member of the CDC vaccine advisory committee.

But a better question is – why are we reacting in such a way to a seemingly small sample size?

The answer to which resides not in the data, but in the behavioral economics – specifically in a theory developed nearly half a century ago, called Prospect Theory.

The theory states that people react differently between potential losses and potential gains. And that people make decisions based on the potential gain or losses relative to their specific situation rather than in absolute terms.

Faced with a risky choice leading to gains, individuals are risk-averse, preferring solutions that lead to a lower expected utility but with a higher certainty. This when translated into the decision to receive the vaccine predisposes people to not receiving the vaccine. Ironic as it may sound – the perceived uncertainty in the vaccine benefits contributes to people not wanting to take the vaccine.

In short, we tend to be risk averse in scenarios in which we have an uncertain gain, and overstate the perceived risk when the actual risk is quite low – in other words, we tend to be biased.

This makes sense when viewed in light of the response observed after the six reported cases of VITT surfaced. We are already risk-averse to receiving the vaccine because of the uncertain benefits gleaned, and this risk aversion compounded exponentially when we learned about the relatively-rare risk of blood clots secondary to VITT.

Explaining why we are putting on hold the J&J vaccine despite being easier to administer relative to other available vaccines – and prioritizing a rare, speculative risk of blood clots over an actual risk of vaccine availability, of not achieving herd immunity.

There are many ethical and practical concerns around this pause, least of all is denying vulnerable populations access to a vaccine that has ravaged the world for over a year.

In the coming days we may tweak the data and adjust the numbers to derive whatever preconceived notion on vaccine safety we believe will satiate the masses and engender trust in the vaccine.

But the numbers are merely a distortion for something we have no means to account for, or to calibrate against. And since we lack the awareness, we fall prey to the distortions.

We end up prospecting for data to mask the fact that we are reacting to our biases.