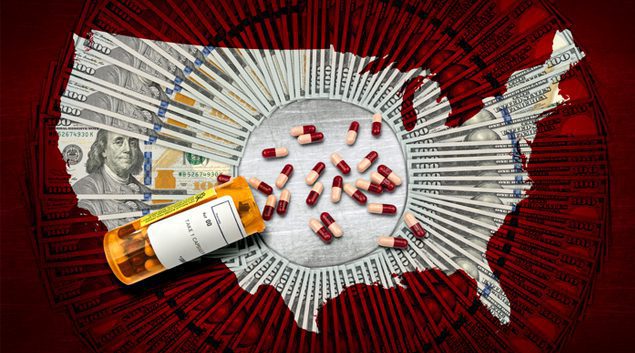 We all like stories. But we love stories that reinforce what we already believe. In fact, we are quite enamored by them.

So when we hear how pharmaceutical companies are setting exorbitantly high drug prices that are contributing to inflation, we cannot help but believe it. Such stories reinforce our preexisting perceptions of the pharmaceutical industry. But like most stories, it is a combination of both fact and fiction.

An analysis of pharmaceutical drug pricing found brand-name drug makers increased their wholesale prices by 4.4 percent in the last quarter of 2021, up slightly from 3.8 percent a year earlier. But when accounting for inflation, wholesale prices fell by 2.3 percent.

So which one is it? Did drug prices help spur inflation, or because of inflation, did drug prices actually fall when accounting for purchasing parity across all industries? We will likely never know because economics is an imprecise science. It relies heavily on correlations to draw conclusions. And the thing about correlations is that they work both ways – a cause can be an effect just as much as an effect can be a cause.

Clearly, the data skews both ways, and is more complicated than it would appear at first blush. This happens when we look at data individually and in aggregate. The averages often tell different stories than the individual data would suggest. Individually, we see a substantial portion of drugs had price increases. But as a whole, the average drug price decreased.

Consumer prices for drugs fell 1.8 percent in the 12 months ending in April 2020, and in April 2022, they were 3.1 percent below a peak in December 2019. Importantly, as The Hill reports from data derived through the Bureau of Labor Statistics, drug prices are similar to those of summer 2017, which would indicate drug prices have had a negligible effect on inflation.

As inconvenient as this may seem for those looking to blame big pharma, the reality is drug prices have had little impact on inflation over recent years and likely no affect on the current inflationary surge.

In healthcare, we set prices in advance, either administratively through government programs such as Medicare and Medicaid, or through contracts between physician associations and insurers. These prices are fixed for at least a year, creating delays in how the healthcare industry can respond to pricing pressures from inflation.

But in the coming months, we will see how the current inflation trends affect healthcare, as insurers set premiums for 2023. Only then will we get a better sense of cost trends, including the cost of labor and the cost of goods, like prescription drugs.

But to say the current inflation rates are due to prescription drug prices is glaringly dishonest. Inflation is measured by the consumer price index, which measures how much consumers pay for goods. We have seen no change in healthcare costs over the past few months because such costs only change annually and only at fixed intervals.

Therefore, inflation in healthcare is not a trend; it is a discrete set of changes that occurs over deadlines set by the government through administrative contracts. When such data is analyzed, year over year, we see at no point, even in the present, did healthcare inflation ever reach the current levels of 7.5 percent. In fact, most recent estimates have it at 4.54 percent, well below the national trend.

Perhaps this is the story we should tell. Not the one of greedy pharmaceutical companies causing inflation, but the one of healthcare costs being well below national averages.