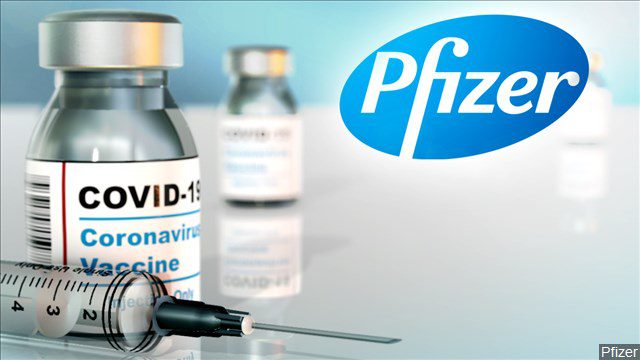 In pre-pandemic America, the prospects of a pharmaceutical executive becoming a national hero would be slim at best. Yet during the pandemic it happened.

We learned the story of Pfizer’s CEO, a Greek Jewish immigrant, the son Holocaust survivors, who would go on to become the CEO of a company that would save the world – including Germany – by providing life saving vaccines.

The fairy tale story of redemption mirrored the company’s rise in public perception. Indeed few companies enjoyed as great a boost in popularity as Pfizer, according to the ComVix Reputation Index (CRI), a measure of overall corporate reputation.

But the rise in popularity was far more deliberate than we would initially imagine. Throughout the pandemic, Pfizer’s CEO crafted a carefully constructed rebranding program which emphasized the clinical studies and the scientists leading the studies. Dubbed a shift from “commerce to science”, the company introduced a new logo, swapping the blue pill shape with a double helix-inspired mark inspired by DNA’s double helix structure, alluding to the gene-based technology behind the company’s vaccine.

Then in early 2021, just as vaccine roll-out was set to hit the masses, Pfizer simultaneously unleashed a marketing campaign portraying the new perception of the company as a science-driven organization – a “smaller, science-based company” – shifting away from the traditional “house of brands” corporate strategy that most pharmaceutical companies used until this year.

It was also at this time that we began to see a lot more of Dr. Scott Gottlieb, former head of the FDA and current board member of Pfizer. No physician other than Dr. Anthony Fauci has seen more air time and television appearances than Dr. Gottlieb, who graced news outlets across the country discussing updates with the pandemic.

Over the course of his many news appearances, he developed a particular familiarity among the public, and with that familiarity came a certain level of trust.

Trust that propelled his and the company’s reputation until they both were seen as de facto saviors of the pandemic, leading America into its largest vaccination campaign ever, while working alongside the FDA and CDC to discuss the importance of getting vaccinated.

A partnership that validated for many the American model of healthcare, in which private companies work alongside public regulators to optimize the delicate balance of healthcare innovation, cost of care, and access to care.

A partnership that is currently a bit strained, testing its validity, ever since Pfizer announced it seeks FDA authorization for third dose of the COVID-19 vaccine, otherwise known as a booster dose.

“Americans who have been fully vaccinated do not need a booster shot at this time,” the CDC and FDA wrote in the statement.

The stunning back and forth was tempered over ensuing days, with Pfizer’s CEO issuing a private apology to Dr. Fauci and Dr. Gottlieb massaging news outlets like only he can, advocating that at least initiating the approval process for a booster dose is prudent, keenly noting that this is something Israel has already begun.

Israel has become the model nation, disseminating vaccines at a faster rate and to a greater percent of its population more than anywhere else in the world. But even Israel is advising caution around a booster dose.

All of which appear to be an opening gambit in an international game of diplomacy and public messaging, in which Pfizer attempts to convince the world that a booster dose is needed.

But Pfizer is still – irrespective of its new status as world savior – a private company, beholden to its shareholders. Who is to say whether Pfizer’s motives are more financial than clinical, influenced more by the bottom line than by the millions of at-risk patients across the world?

We simply do not know.

Suppose a clinical study comes out in the coming months demonstrating the value in receiving a booster dose, would people trust the data, and would they then decide to receive a third dose?

We struggle to understand the many risks these vaccines pose, even for complications that have been well-examined, such as heart inflammation.

And what we fail to understand, we most certainly do not trust.

So why should we trust Pfizer’s motives when we do not understand how to evaluate the value of a booster dose?

But when has anything during the pandemic gone the way of science?

Seemingly every study or referenced data has been met with a mix of fervent support or adamant disbelief. There is nothing scientific about how the public has responded to the pandemic. And it is unlikely to change now.

Which makes Pfizer’s latest announcement all the more pressing, prompting a barrage of questions –

What is the scientific basis by which we determine the need for booster doses?

Will people trust the data and the science behind it?

The most critical question in discerning whether people will eventually decide to receive the vaccine, reflecting not just if the public trusts the science, but also if it trusts Pfizer as a company.

Revealing the most fundamental question –

Is Pfizer motivated clinically or financially?

This is Pfizer’s moral hazard.