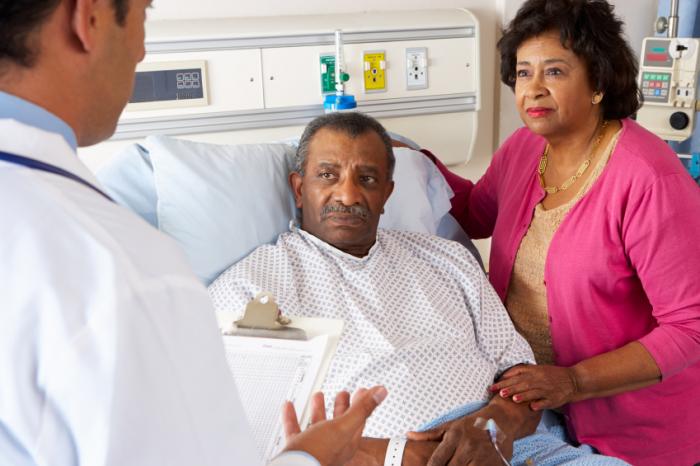 The devil is in the details, as the common saying goes.

And racism in healthcare is not overt and obvious like racism of the past. It is in the subtle tendencies we see occurring every day in healthcare. The different patterns of thought, both conscious and subconscious, comprise the perceptions we hold, and the decisions we make.

A pattern that leads to different manifestations of racial disparities throughout healthcare. WEB Dubois, the founder of the NAACP wrote, “race at a certain point goes beyond rational thought”, and racism in healthcare goes beyond overt discrimination, as most healthcare providers are not outright racists, yet a persistent disparity exists in clinical decision-making and patient outcomes among African Americans.

Repeated studies have found that Black patients tend to receive fewer pain medications at less frequencies than white patients in acute care settings. But hardly any provider would say they decide what medications to prescribe based on a patient’s race. Yet the data proves conclusively a disparity exists, creating a contradiction between perceived behavior at an individual level and broader trends at a larger level.

Perhaps many providers are not honest about their racial tendencies, but more likely, racial behavior is inherently complex and appears both consciously and unconsciously, and we cannot attribute one decision of prescribing to only one specific belief.

Historically, the medical community believed black patients had higher pain tolerances due to basic physiologic differences among various races – which included the belief that black people had thicker layers of skin and different lung capacities. The latter misconception continues to permeate clinical medicine and affects every patient who has ever had their lung capacity evaluated using a spirometer.

An instrument used to measure lung capacity, it was first invented and used in the antebellum south to measure the lung capacity of slaves. And even today it has separate settings for black and white patients. While the use of the spirometer in such a manner is abhorrent and long discontinued, the data continues to be populated in such a manner, as many spirometers designed today still have separate scales based on race.

The spirometer is an example of healthcare data permeating from dubious origins, which gives rise to unforeseen interpretations that go beyond the data itself – into the realm of perceptions, thought patterns, and interpretations. That if not properly observed, can reappear in medically harmful ways.

A study analyzing pulse oximeters, the medical devices that measure blood oxygen, found that black patients had undetected episodes of decreased oxygen concentration, or hypoxemia, three times as frequently as white patients. The study did not attribute any one cause for this but noted that the variation in the data itself creates additional risk, insinuating that the interpretation of the data is different for black patients compared to white patients.

Past attempts in healthcare to correct for racial disparities tried to develop guidelines that standardized provider decision-making. Attempts that inevitably failed.

Trying to regulate healthcare through guidelines is like placing a buoy in the middle of a turbulent ocean and expecting all passing ships to heed its warning. The motion of the ship is affected more by the turbulence in the ocean than by the marker set by the buoy. Similarly, the interactions in healthcare define clinical behavior far more than any set of guidelines could hope.

During the infamous Tuskegee syphilis experiments, black military men were infected with syphilis for four decades to study its long-term effects. During which time medical personnel infected black patients based upon a research mandate. The ensuing distrust that arose within the black community towards clinical research, and the healthcare industry still reverberates today, playing a significant role in the ongoing health disparities observed in the black community.

During COVID-19, black communities endured higher mortality rates and faced higher unemployment rates than more of the country. Despite the disproportionate impact to these communities, black patients were still less likely to receive a COVID-19 vaccine when compared to other ethnicities.

But correlating economic hardships with broad healthcare trends has always been contentious. Often because we simplify complex behavior into convenient causal relationships, that falsely attribute cause and effect to trends that are far more complicated.

In simplifying our thinking about race in healthcare, we give rise to biases that shape the way we think about these issues. Something Ta Nehisi Coates alluded to when he wrote, “[the] hatred of slavery that outranked any love of [the] slave”, when describing the complex motivations behind early abolitionists. Coates realizes most people in the antebellum south understood slavery to be wrong. But they understood it to be wrong in broad, moralistic terms.

An understanding that failed to impact the daily, specific interactions between slave and slave owner, which many viewed to be different, in more economic terms. In simplifying racism into either a moral or economic issue depending on the context, white slave owners justified looking at the slavery as two different and distinct issues. Demonstrating how people can change their thinking when the context changes, even on the same topic.

Sociologists who study these trends in racial behavior focus on the associations between certain ways of thinking and the corresponding behavior to identify the presence of subtle biases. As many policy experts have noted, simply the awareness of these disparities, even if not present in the moment, affects how subsequent behavior unfolds in future situations that appear similar.

And to truly address the enduring legacy of racism, we should somehow find a way to address the complex, varied perceptions that arise during a direct patient encounter.

Good luck with that.