One is real and the other is imaginary

by Jay K Joshi
in Perspectives
4 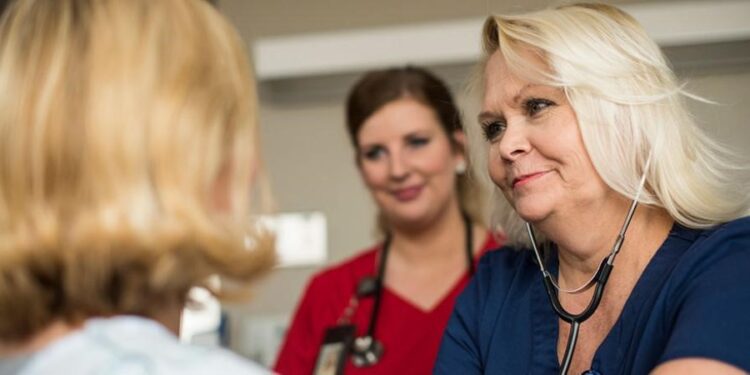 A number alone hardly means anything. But in the right context, it means everything. This is the power of perspective.

It takes otherwise innocuous information and it provides meaning. In medicine, we rely on data. But data have no meaning. It is the importance we give data that provide meaning. It’s a perspective.

The problem with perspective is that it is not shared among everyone. No two people think about the same thing the same way. That much is obvious. And mostly, these differences are harmless. But in clinical medicine, these differences determine how patients are treated.

If one person comes into a clinic with shoddy clothes or is a bit agitated, then she will be treated differently from someone who is well kempt and poised. They both could have the same clinical conditions, have the same data in terms of vitals and blood labs, but the end results could be quite different.

This is something most patients with highly stigmatized conditions like chronic pain or substance use dependency understand. Indeed, at an individual level, most patients acknowledge experiencing an implicit bias, either going against them or in their favor. But when we zoom out, when we expand the scope from the patient to general health policy, we lose sight of this perspective.

As a result, broad data sets lose meaning at an individual level. In fact, applying data to individuals, more often than not, produces a cognitive bias. It appears often enough to warrant its own name, called ecological fallacy: errors that arise when an inference is made about an individual based on population level data.

What we glean from a population cannot apply directly to an individual. But that is the basis for standardized care. We take clinical data, codify the data through clinical studies into evidence, and unveil guidelines and policies under the premise of evidence-based medicine. It sounds so fancy. It’s damn near irrefutable – until it’s not, until we see errors that arise when we approach patient care in this way.

When we put data at the center of healthcare, we lose sight of everything around it. Data is like the nucleus of an atom, important no doubt, but the behavior of the atom is determined by everything around it, the electrons swirling about in the atomic void.

Similarly, the perceptions of data drive patient behavior, and determine clinical outcomes. It drives how we apply data and how we make individual decisions. We ignore it at our own peril.

For patients with chronic pain or substance use dependencies, that peril has become almost life-threatening. Everyday, millions of patients carry the burden of their diseases into emergency departments and physician offices. And leave bearing the invisible scars of stigma.

Data merely presents information. It does not guide decisions and it certainly cannot capture the behavioral effects of stigma. While we may gain a knowledge of facts and data, we apply them through our perceptions. The CDC guidelines on opioid prescribing implicitly acknowledge this, but they do little to integrate this phenomenon into actual practice. Instead, it merely pays lip service to the realities patients with chronic pain or substance dependencies face, offering half-baked suggestions on treating patients based on data of dubious origins.

Introducing morphine milliequivalent as a proxy for opioid abuse has done more to harm patients than any other unsound scientific theory in the past decade. It originated from one small study but somehow has been repeated over and over throughout policy while remaining conspicuously absent from further clinical study.

It is a number without context. It means nothing. Its importance derives solely from the power policy makers give to it. It is a perspective.

It is time for a new perspective – one derived not from policy makers, but from the patients themselves. It is time patients share their perspectives on the clinical encounter, so we can study the role perception plays in clinical outcomes.

How much of what we believe proves to be real, or how much of what we perceive affects what transpires. These two beliefs need not be mutually exclusive. In fact, they are not; they are uniquely interdependent, which means belief translates into outcomes and outcomes translate into beliefs.

To see this in real time, let’s start with the basic question: Does your provider trust you?