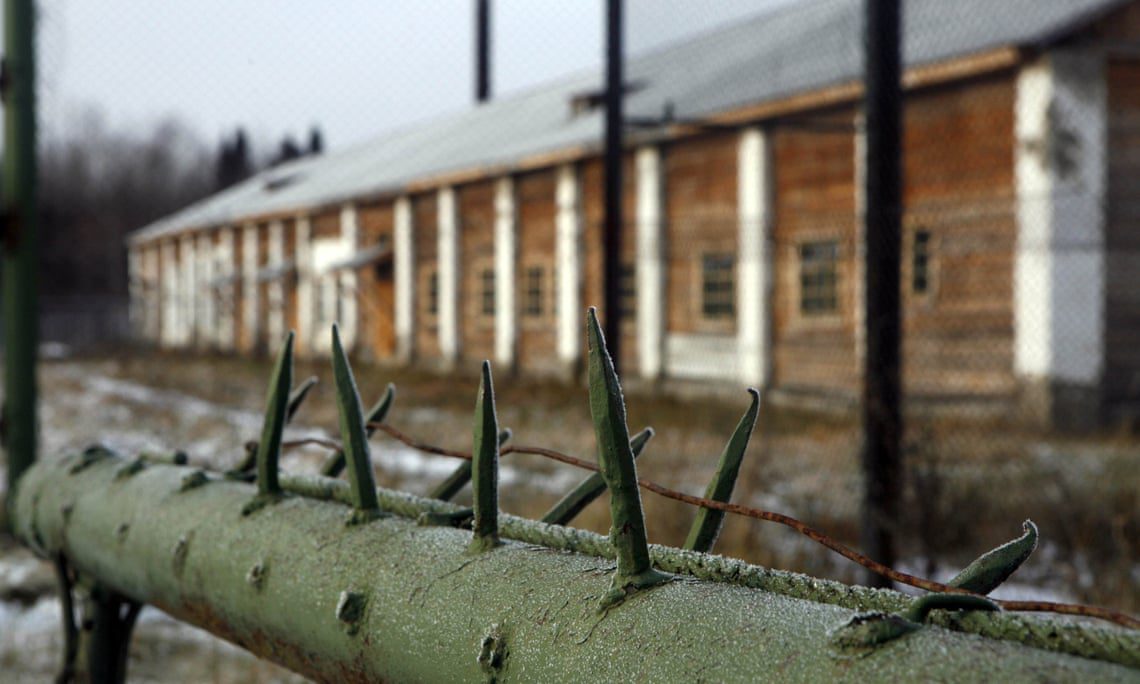 “The degree of civilization in a society can be judged by entering its prisons.” An quotation attributed to the acclaimed Russian novelist, Fyodor Dostoevsky, an inspirational figure who was far more than a writer throughout his life – a revolutionary, a prisoner, a beggar, a philosopher, and one of the most important mind of the past two centuries.

His writings inspired some of the most prominent literary works and philosophical ideas, influencing the most influential minds in today’s world, making this quotation all the more prescient and relevant in today’s world.

A prison is a distorted reflection of society. Like a shattered mirror splayed haphazardly across the floor, glimpses of society appear reflected through different aspects of prison life – none more prominent today than in the quality of healthcare in federal prisons across America. Which epitomizes the contradictions of healthcare in this country.

In a world of fact-checking, we have a deluge of false news. In the wealthiest country in the world, we have a wasteful healthcare system with outcomes that rank fall below the level of spending per patient – but we have the highest number of healthcare litigations per patient. And in our country’s prison system, we focus more on the documentation of medicine than the actual practice of medicine – creating a litigious system more focused on the appearance of clinical care than its actual implementation.

Inmates wait months to receive a colonoscopy after presenting with blood in their stool. Inmates requiring a clinical procedure must endure solitary confinement for days in order to facilitate the transportation requirements. Inmates who suffer work related injuries wait weeks, often months to receive medical care, only to find physicians presenting waiver document that abstain the Bureau of Prisons (BOP) from any responsibility instead of a coherent treatment plan.

The documentation of medicine has superseded the art of medicine – and the quality of care has deteriorated as a result. Which comes as no surprise to anybody within the prison system. During the COVID-19 pandemic, inmates seeking to receive furloughs or early releases based on medical need sought outside medical care to verify their medical conditions. Few, if any went to the physicians and nurses within the BOP health system.

For inmates, the BOP health system is an extension of the penal system they live within – in which corruption and misrepresentation manifest through healthcare documentation. If you peruse the medical records of patients, you will see patient chart after chart detailing work-up plans, educational sessions, and other features of a presumed quality healthcare system. But if you ask any of the inmates whose charts are adorned with all these services, then you will see that the documentation is much ado about nothing – because nothing clinically actually transpired.

The BOP simply documents these events as though they happened knowing full well they did not – willfully engaging in documentation fraud with no oversight ensuring actual compliance with clinical care. And by emphasizing documentation over care management, the quality of care disintegrates into nothing short of a public health emergency.

During the coronavirus pandemic, many prisons remain at a high risk of an outbreak due to the close quarters of prison cells.  As a result, the Bureau of Prisons implemented laws stratifying the highest risk inmates to either relocate or transfer the duration of their sentence to home confinement, thereby reducing the overall risk among the all inmates.  That was the intent of the law, but the way it was implemented fostered significant distrust among the inmates and prison administrators.  Rather than screen the inmates based upon their medical conditions, inmates were evaluated based upon both their recidivism risks and medical risks, with the former far outweighing the latter.  Essentially, the long-term risk of criminal recidivism was conflated with the short-term risk of complications related to the pandemic – and the inmates selected to be released were not the most at-risk population, something the inmates immediately noticed.  In reaction, many inmates had their family and friends call the prison system, obtain medical records from outside institutions, or file complaints citing the inconsistent selection criteria – or even make-up ad hoc medical conditions in order to sway the decision-makers at each prison system.

The whole system degenerated into a game of documentation in which true clinical need did not matter. When an inmate with a history of fungal lung infections called Histoplasmosis – resulting in multiple calcifications in his lungs and a compromised immune system – was denied release to home confinement due to the COVID-19 pandemic he was told that he does not present a risk to the inmate population, despite his medical history. Though later, through fellow inmates, it was covertly conveyed to him that his recidivism risk precluded him from consideration.

But COVID-19 simply made apparent what was always present in the BOP health system.

One patient, a former methamphetamine dealer in his mid-thirties from Western Illinois, was working as the prison’s sewage cleaner when he ruptured his bicep tendon while lifting a filing cabinet. He waited nearly five weeks before an Orthopedic Surgeon could see him. But at the first visit, instead of discussing a treatment plan, the surgeon discussed signing a waiver form eliminating the BOP from any responsibility. So from the outside, it looks as though the BOP provided clinical care and a surgical consultation, but the reality is that the BOP never intended to treat the patient, but simply to ensure no legal culpability should the inmate file a lawsuit.

Another patient, a sixty-year-old real estate investor, sprained his knee while exercising. When he went to see the prison physician, he was told he might be pretending in order to secure a better-quality bed. The implicit assumption from the physician was that the patient was seeking some inappropriate gain rather than seeking medical help.

When inmates are automatically distrusted, they reciprocate distrust with commensurate distrust. Eventually the healthcare system becomes a covert legal system in which each side is simply administering healthcare to mitigate legal risk. Decisions are made not to help patients, but to determine if the legal liability of a healthcare decision is worth the risk – with the risk calculus weighing clinical benefit to legal risk, not clinical benefit to clinical risk.

And through this different risk framework, the outcomes inevitably deteriorate until we are left with nothing but mountains of legal documents and trigger-happy lawyers all too eager to create a case.

Which essentially epitomizes the healthcare system we have today.