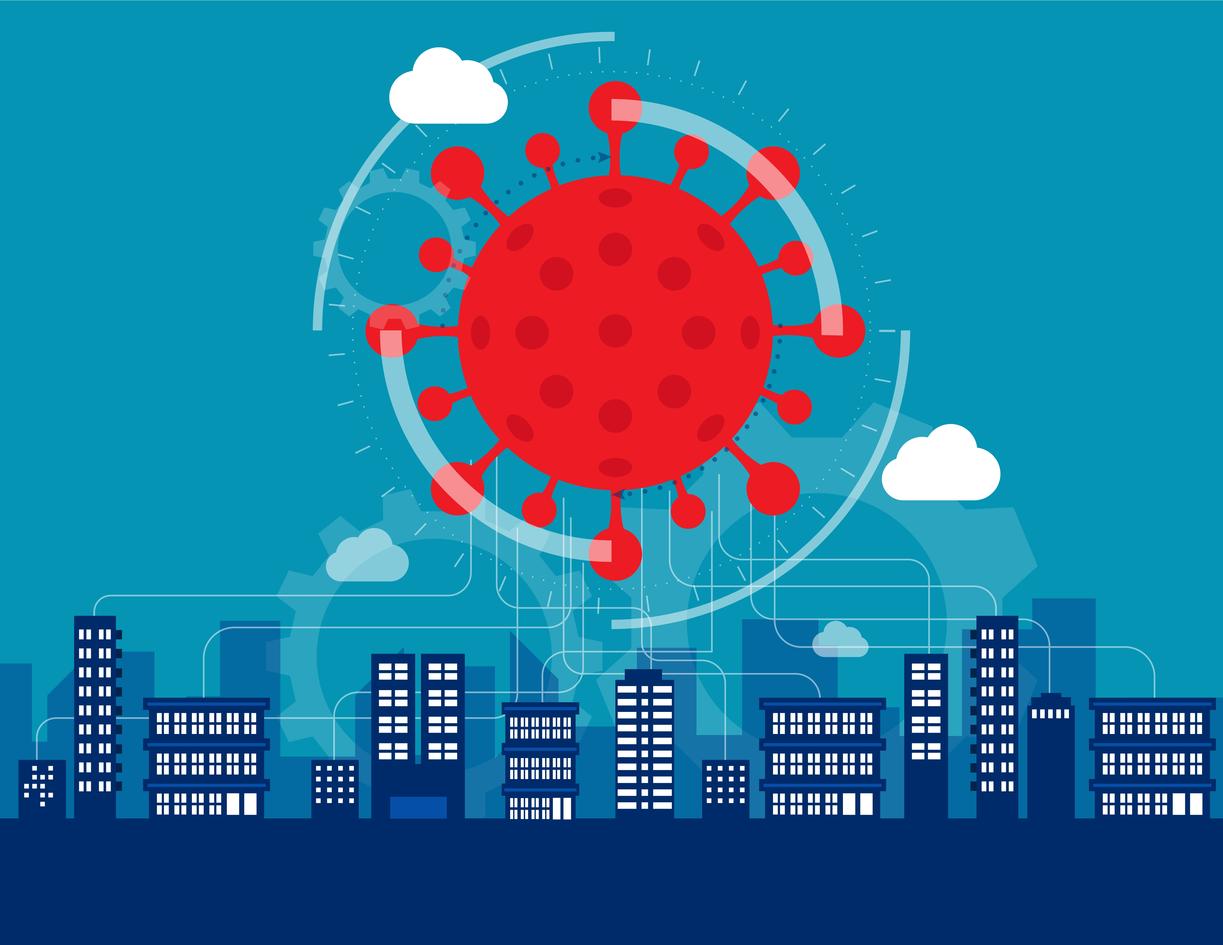 If data is the problem, then logic is the solution. And if the science of medicine leads us astray, then the art of medicine will help to find our way.

A clever refrain, which proves prescient when examining the course of the COVID-19 pandemic – particularly from the lens of the public in light of the many policy reversals.

They came as a shock, to say the least. And the loss of credibility in the institutions of healthcare – local and federal – will reverberate for decades. Simply put, the public does not trust the healthcare system.

It is a problem of healthcare’s own making, beginning long before the pandemic. It is not as though we were unaware of it, as many prominent books have been written about policy errors, including about medical reversals specifically.

In 2015, Drs. Prasad and Cifu wrote, Ending Medical Reversal, a book that discusses different examples of medical reversals, and how they form and why they persist. The book appears near clairvoyant today, especially when discussing misguided public health policies, including global efforts to prepare for a pandemic.

Among the many memorable quotations in the book, there is one that sticks out the most: “the key to evidence in medicine is the claim.” It implies that no fact or data in healthcare exist in isolation. They are always contextualized to a specific decision, action, or policy. And the quality of evidence is directly related to how strongly the fact or data associate with the corresponding decision, action, or policy.

Most medical reversals come from poor associations, claims made out of evidence based on ineffective or outright erroneous data or clinical study designs. The fault therefore lies not in the evidence, but in the claims made about it.

When Drs. Prasad and Cifu go on to discuss solutions for medical reversals, the book transitions into a more philosophical tone. This is not a coincidence. The solutions are implicitly philosophical, or as the authors characterize it – more Empiricist than Reductionist.

The terms may be unfamiliar in the modern era of technology-driven healthcare where data reigns supreme. But for much of history, medicine was an intuition, and the debate over medicine was not on data from clinical study designs, but over the experience of medicine relative to its logic.

The United States is no stranger to this debate. In fact, we have a long history of struggling to reconcile the Empiricist with the Reductionist belief in healthcare. And none other than famed philosopher Ralph Waldo Emerson weighed in on the debate in favor of the Empiricists.

“I distrust the medical facts”, he wrote, when cautioning against healthcare’s trend towards Reductionists beliefs. Emerson believed that healthcare was more than the sum of data, facts, symptoms, and signs. He saw medicine has a complex blend of individual experience relative to the available information and presenting clinical symptoms, and advocated as such.

Unfortunately he would find himself on the losing side of the debate. And today healthcare in the United States continues its steadfast march towards Reductionist philosophy. Today we feel the ramifications of that foregone debate in the most acute of ways.

We feel it when we see policy makers claim that masks are ineffective, and then turn around and mandate them, only to then fall into a convenient middle ground of justifying context-specific use of masks. We feel it through draconian measures of social distancing and economic shutdowns. We feel it when we are forced to take vaccines or told not to take certain therapeutic medications.

The very act of reducing healthcare policies and medical decisions into binary constructs is a lasting legacy of the Reductionist belief permeating the ethos of healthcare today.

As a result, we emphasize only what we know. And by emphasizing what we know, we presume what we know, is all that there is to know. So we make decisions out of questionable data. Reversing course when the data we assumed to be true proves equivocal at best or outright incorrect at worst.

Reductionists see medicine as an application of science. Accordingly, we apply the scientific method to medicine and apply the principles of scientific experimentation to clinical research – a process that has been ingrained to the point that to think otherwise would be blasphemous.

In sanctifying medicine as a science, we become beholden to data. But unlike other scientific disciplines, data is not seen as a means of advancing knowledge, but as an end to itself. In healthcare, we take data, and further the process of application by codifying data into decisions and policies, and only later do we question the fidelity of the initial data.

We saw this in real time during the early days of the pandemic, and we continue to see it. It now feels almost inevitable. Issue after issue, whether it is a policy decision or data around vaccines or therapeutic medications, we cannot seem to shake this lingering habit of reversals – to the detriment of society and its trust in healthcare.

Take the controversial drug Ivermectin, for example. We saw preliminary data around the drug show promise. But most of these studies were observational with varying end points. And subsequent studies of the preliminary studies – something called meta-analysis – found that when the risks of complications among patients in individual studies were adjusted to be more consistent across studies, the benefits of Ivermectin suddenly became negligible.

Whether this shows Ivermectin is not beneficial, or that Ivermectin holds selective benefit among particular patients is beside the point. What this actually shows is that clinical data observed over time changes, even if data comes from well-designed studies with conclusions that are published in good faith.

Reversals are not an anomaly of modern medicine. They are a feature. Emanating from the Reductionist beliefs that oversee how we teach medicine, how we conduct clinical research, and how we enact policies and make decisions.

It is as endemic to healthcare as seasonal influenza – and appears with similarly persisting recurrence. It is a disease of false beliefs, reflective in how we think about healthcare and clinical data.

At its roots, medicine is inherently experiential, and patients’ interaction with healthcare must be fundamentally experimental. We must encourage controlled risk, limited by the bounds of existing medical knowledge – but emphasizing what we do not know over what we know.

The distinction is subtle, but critical. When we approach medicine by focusing on what we are unsure of relative to what we know, we become less likely to jump to conclusions with preliminary data, we become more understanding of opposing views, and we make more sensible decisions.

Throughout the pandemic, whenever we have imposed a unilateral healthcare policy, we found the unintended consequences negated or outweighed any intended benefit of the policy. We imposed economic lockdowns to deter the spread of COVID-19 at the cost of society’s mental health.

Now we know targeted economic restrictions, based upon viral infectivity rates and economic considerations seen at a local level, optimize the risk of spread with the risk of mental health exacerbations.

Healthcare is a balance, which comes from not assuming we know what broad restrictions to enact, but from recognizing we do not know where to impose economic restrictions, that we will know as the data and trends manifest over time, progressively reducing the uncertainty.

How we approach this uncertainty within healthcare drives our response to medical decisions. We can either race to find some study or fact that allows us to avoid it, or we can embrace it and pursue the care of patients accordingly. Unfortunately, we default to the former instead of the latter.

We behave as though medicine is Reductionist, but it is equal parts Empiricist. How we think, so we behave. So if our beliefs are wrong, then our policies will be inevitably wrong – and require reversals.

As the pandemic made apparent, the healthcare system has many problems requiring many reversals, but the most fundamental problem resides in our beliefs and approach to medicine. We must rebuke the Reductionist ethos that has come to dominate healthcare.

We must find a balance between the Empiricist and the Reductionist, the experience of healthcare relative to its logic – or more succinctly put, balance the art with the science of medicine.