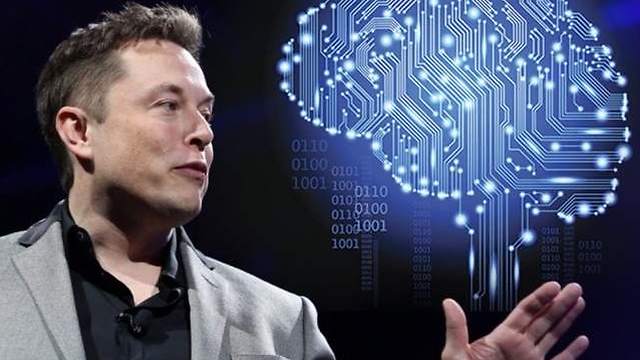 Elon Musk purchased Twitter. The political world is now ablaze. But there is another world that should be just as alarmed, that of healthcare, where Musk’s purchase will have a far greater effect.

Most do not see Musk as a healthcare entrepreneur, but he has been laying inroads for years. Most notably through his company, Neuralink, which has the ambitious and somewhat dystopian goal of, “developing ultra high bandwidth brain-machine interfaces to connect humans and computers”.

Most see this as another vanity project for a man known for his outsized ego as much as his outsized entrepreneurial success. But on closer look, the acquisition of Twitter seems presciently strategic – when we consider coupling the Twitter platform with Neuralink’s brain chips. After all, what is Twitter but a brain-machine interface that we navigate through our phones?

It makes sense that Musk sought to acquire rather than maintain shareholder control. It is not the control of the platform he seeks, but that of the cybernetic infrastructure. Twitter provides the software coding and an international user base for Musk to achieve his ultimate vision for Neuralink. Musk has already implanted Neuralink chips into primates with preliminary success. It does not take much to move from monkeys to men and women.

Musk also has the device manufacturing capabilities; which he created through a partnership with Medtronic through his company SpaceX. The only thing holding him back, the one limiting factor, was the software infrastructure connecting users.

Twitter solves that need. It already serves as the Freudian ‘Id’ for most of the world. Musk simply intends to transfer Twitter from our fingertips to inside our brains. So whatever premium he paid for Twitter was well worth the price.

While we can only speculate right now, it is likely that in two years Musk would have assumed control of Twitter and integrated Twitter and Neuralink. Sure, there will be some mishaps, some setbacks, but overall Musk will be successful in this just like he has been for nearly all his endeavors. And there will be hordes of Musk fans lining up to be pilot users. Twitter will be literally in the minds of an ever spastic, inattentive public.

What happens now? Well, discourse – as a whole – on Twitter will continue as normal. We will see the same intellectual debates intermixed with insults and jabs, and a splash of attention grabbing sensationalism.

But Musk will quickly place his attention on the many healthcare debates that rage on Twitter. Just follow the hashtags, Medtwitter, to see the vibrant healthcare discussions on Twitter and its impact. Twitter influences how people learn about healthcare issues, and subsequently how they discuss it.

In effect, Twitter influences our understanding of healthcare. Something Musk understands far better than most would realize. And it seems this is the value Musk seeks to unleash in acquiring Twitter.

Musk does not look at healthcare the way other business entrepreneurs do. He does not just seek to disrupt healthcare; he seeks to curate how we understand it – which requires a more fundamental understanding of medicine. Something Musk possesses.

Musk co-wrote a COVID-19 study that tracked the viral infections and antibodies in his SpaceX employees. It was then published in February 2021 in a Nature imprint, Nature Communications.

Most would assume a high-flying entrepreneur would contract an academic institution or a clinical research organization to conduct a study and write its conclusions – but not Musk.

Instead, he had SpaceX executives collaborate with in-house medical researchers to launch an antibody testing program in early 2020, at the beginning of the pandemic. SpaceX employees then volunteered to participate in the study and underwent monthly blood tests from mid-April to June 2020. The conclusions were hardly revealing, and confirmed much of what we already knew – that previous infections confer natural immunity – but what is more remarkable is that Musk conducted the study internally at SpaceX.

He will take a similar research-oriented approach to whatever entity forms out of the merger of Twitter and Neuralink. Musk could theoretically use the two entities to study how Twitter conversations affect patient behavior. He could trace conversations transpiring over the platform, identify who is participating in trending tweets, and glean insights on their behavior long term.

We have long said that words reflect thoughts, and changing how we speak can influence how we think. Musk has the opportunity to prove this. He can correlate Twitter data with individual Neuralink responses and then integrate patient datasets from healthcare providers and payer systems to identify meaningful trends that appear in regions where certain tweets are trending.

Never have we had the infrastructure to trace thoughts, decisions, and outcomes in medicine. It is both scary yet tantalizing in its application.

The benefits could be immense. Musk could trace how patients internalize medical decisions that are harmful to their overall health – and identify conversations or neural inputs that would curb that behavior.

But such integration can also be quite dystopian. It all depends on who is overseeing it all. And with Musk, like all things Musk, it is at once beautifully complex and dreadfully scary.