Much Ado About Aduhelm 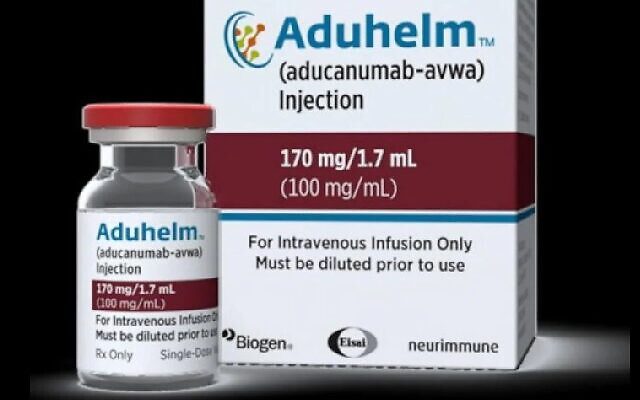 Truth, according to philosopher Immanuel Kant, is not a set of objective facts. It is not logical consistency either. As Kant wrote, it is an “agreement of cognition”, a state where facts and logic coalesce into a belief.

While Kant has mostly been relegated to the annals of philosophical theory, his treatise on truth remains applicable today in healthcare, particularly as it concerns the embattled Alzheimer’s drug, Aduhelm.

“We are pleased that the peer-reviewed manuscript is now available to provide physicians with a greater understanding of the appropriate use of Aduhelm,” said Samantha Haeberlein, Head of Neurodegeneration Development at the biotechnology firm, Biogen, which manufactures the drug.

The study, published in mid-March, monitored patients with Alzheimer’s disease for over two years to demonstrate the clinical benefits of Aduhelm – though the FDA has already approved it in 2021 as a form of treatment. Despite existing data and FDA approval, many physicians still do not understand how the drug confers any actual benefit to patients. To which Biogen responded with additional data.

But the study does little to address the original misunderstanding – does the drug address the symptoms of patients with Alzheimer’s disease – and instead continues to claim clinical benefits in the most abstruse of ways.

Biogen says Aduhelm treats Alzheimer’s disease by reducing the levels of proteins in the brain associated with the disease, the most well-known being tau-amyloid, though other forms of amyloid proteins are involved as well. By reducing these proteins, Biogen claims the drug treats dementia. Preliminary data proved that protein concentrations reduced when patients took the drug, but physicians were unsure of how that benefited the clinical progression of the disease symptomatically.

This latest study tries to clarify the relationship between lower amyloid protein concentrations and symptomatic improvements. They followed patients in the original study for an additional two years, monitoring for clinical changes. Even with the prolonged period, the authors selected a bizarrely precise point in time to prove that the drug indeed slows the progression of Alzheimer’s disease.

Specifically, at week 78, patients who showed a reduction in the amyloid proteins had slower clinical progression across all measurements of cognition function in the study. And patients who had reduced amyloid levels at week 78 also had greater decreases in week 128.

By that logic, Biogen would have you believe that Aduhelm provides clinical benefits to patients with severe Alzheimer’s disease. The data has repeatedly shown to reduce amyloid protein concentrations. Since the patho-physiology of dementia involves a buildup of these proteins in the brain, it would appear the facts and logic are in agreement – meeting the Kantian requirements of truth.

But truth in medicine can be tricky. It is a world where facts can rapidly descend into fiction and theories once taboo can quickly gain mainstream credibility. In reality, there are no causal relationships in healthcare. Everything is correlative, which means they are usually true, but not always. And it is this inconsistency that gives every assumed truth just enough error to be questioned.

Previous studies that have examined the relationship between amyloids proteins in the cognitively impaired, and the degree of impairment, suggest that elevated protein concentrations are associated with cognitive decline, but the strength of association differs based on cognitive status and the duration of follow-up.

This makes the oddly precise dates of 78 and 128 weeks tantalizingly deceptive. The dates selected seem deliberate; almost a willful attempt to create the impression that Aduhelm stops the progression of dementia. What if we select a different set of dates, or continue the study even longer?

Any clinical study with a long term follow-up, known as a longitudinal study, can be manipulated to present any predetermined outcome. All you need to do is select the right time horizon – like an oddly precise number of weeks – to demonstrate a particular outcome in the trending data, regardless of whether it is a statistical aberration or a clinically meaningful relationship.

This is why longitudinal studies hardly ever conclude with causal relationships; the trends are always correlative, always appearing with just enough error to remind that correlation is not causation. And like many appearances, it can be deceiving, like Biogen’s latest clinical study.

It tries to show how Aduhelm treats Alzheimer’s disease, but in reality it shows how easily data can be manipulated.