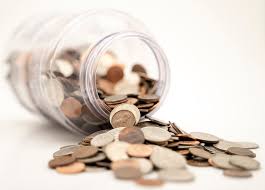 Microfinance has come to mean many things to many people. But at its most fundamental level, microfinance can be described as offering small loans, savings and checking accounts, microinsurance, and other communal payment systems to poor, often rural people. It began in the 1970’s and 1980’s, culminating with the Nobel Laureate being awarded to Dr. Muhammad Yunus in 2006, and has remained a popular tool for economic empowerment.

The applications in healthcare were apparent and quickly applied. Soon healthcare microfinancing and microcredit facilities appeared, offering financial solutions to medically indigent patients from village to urban ghettos across the world.

But with the rise in social determinants of health (SDOH), and the trend of calculating non-traditional forms of return on investments based upon social good, we re-examine some of the non-financial principles of microfinance, to see how these principles apply to modern healthcare.

When microfinance began decades ago, there was an immediate concern for high default rates. The initial pilot models were not sure how they could survive if default rates were as high as some had predicted. Interestingly, the rates were never as high as initially speculated, not because of the financial savvy of the people conducting the pilot, but because each of the villagers or urban dwellers participating in the program had an incentive to prove that they would not default.

Their sense of responsibility towards one another helped mitigate the risk of a default. Whereas they may have been more willing to default on a corporate loan or a large bank loan, they were less willing to default when it was the money of their peers that they would lose.

Personalizing the loss prevented the likelihood of a financial loss.

That sense of commitment is the most applicable principle of microfinance for modern day healthcare. Microfinance worked because the pilot programs were able to convince the participants to make financial decisions in the best interest of others, often over their own personal interests. And each subsequent successful microfinance model capitalizes on this sense of commitment and community.

Principles we should apply to patients to optimize the role SDOH can have on healthcare behavior.

We individualize SDOH for each person, attempting to cultivate a unique healthcare delivery experience for each individual, but we should incorporate a sense of civic obligation towards one another as part of the SDOH framework – embed principles of commitment and community among the patients.

While there are many studies correlating volunteerism and civic engagement with improved chronic care and cognitive health outcomes, the only practical application of these principles into healthcare comes from the Department of Health and Human Services – through an initiative called Healthy People 2030 which studies the value of non-traditional social determinants in care models, including group oriented SDOH activities.

They highlight the importance of civic participation as a key social determinant. The most interesting part of their site is the Leading Health Indicators project, which emphasizes civic engagement and individual volunteerism towards others as healthcare behaviors important to improving outcomes.

To ensure active engagement, we need to restructure the healthcare experience from the isolated individual to a community of peers working alongside one another to improve their health. And much like loan repayments were monitored across different members of the village, patient behavior should be monitored among their peers – and measured in a sort of game.

In implementing principles of gamification to ensure active engagement, patients establish a competitive interface that focuses less on tangible metrics, and more on intrinsic motivations – another critical ingredient in the success of microfinance projects, which is also necessary for collaborative SDOH programs.

For example, health systems should host a competition in which patients compete over the number of ‘will-do’ moments, or moments in which patients overcome certain moments of laziness or indifference, and make decisions in the best interest of their long-term health. These ‘will-do’ moments quantify intrinsic motivation and encourage compliant patient behavior by benchmarking their behavior relative to their peers.

The intrinsic measures represent moments in which a patient makes an active decision to prioritize long-term health over another decision, reflecting everyday choices patients face: “greatest number of desserts deferred”, “most days exercised”, “fewest days of missed medications”. And the measures cater to different patient groups creating a more personalized sense of self-empowerment unique to each group.

Contextualizing patient engagement in this manner transforms communication into a form of conversation – like two colleagues competing amicably over a shared prize – and more importantly, addresses issues of loneliness and social isolation by repositioning patient care into a veritable membership to actively engage in, and fostering a sense of culture through the engagements.

The unit model of healthcare shifts from the individual patient to a group of patients. A necessary change in perception that healthcare systems must acclimate to if they are to truly pursue microfinance principles in healthcare.

Which makes microfinance conceptually like healthcare systems that have incorporated risk into their financial model. These systems would stand to gain the most from this change in patient outlook – from the individual to the collective. The financial return depends upon the average cost of care per patient within a health plan. No one patient, barring major outliers, influences the average cost of care, but each patient in total, contributes to the overall savings.

So it naturally makes sense to formalize the interdependency over multiple forms of active engagement.

And by changing the perception among the patients, we can change the behavior to be more compliant with a healthy lifestyle – which can be good for the patient medically, and good for the healthcare system financially.