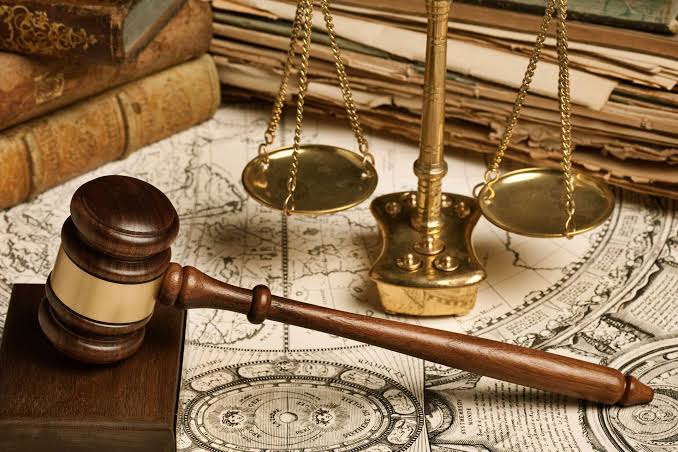 We have the read the articles, and by now we all know it well.

The story about the physician from Houston facing criminal charges for trying to salvage spoiling vaccines, by giving soon-to-be-spoiled doses to his acquaintances and family. Dr. Gokal is his name, and his case has become an internet sensation of sorts.

At the heart of the matter is whether Dr. Gokal truly committed a crime. He undoubtedly took the vaccines and administered them to those who otherwise were not scheduled nor immediately qualified to receive the vaccine. The actions are undeniable, but that is not the question. Rather, the question is – do the actions constitute a crime?

American criminal law is based upon the common law system, an originally British system in which the law and its interpretation are derived heavily from judicial precedent, or the ruling of judges. The American Constitution is based upon common law, which means many of the current laws that apply principles from the Constitution reference older common law customs.

For example, the First Amendment Right of Access, a doctrine that states the public should have access to court documents for criminal cases, is derived from an older common law principle emphasizing transparency in the courts.

Common law is different from law as most of us understand it. What we think of law is actually statutory law, or laws based upon definitions and rules. Though most of the laws today are statutory laws, these statutory laws must comply with original common law and the Constitution in order to be truly legal.

And when legal courts are presented with an unusual case, or an unusual set of circumstances, common law principles are utilized in the legal decision-making process as existing statutes or rules are often not directly applicable.

This is the situation we find ourselves in with Dr. Gokal. Yes he took the vaccines, but the vaccines were spoiling. Yes he administered the vaccines to patients, but the patients were not scheduled at the time nor were immediately eligible to receive the vaccine according to Texas state guidelines.

In such complex cases, the courts should apply common law principles to understand whether the actions constitute a crime – instead of attempting to retroactively fit statutes outside of its original, intended context.

Common law requires that the accused must demonstrate mens rea, which is Latin for ‘guilty mind’ in order to be convicted of a particular crime, which modern courts have distilled into four classifications.

Acting purposely – the defendant had an underlying conscious object to act

When applied to most criminal cases, mens rea can appear in one of two ways. The first is when the defendant deliberately commits an act knowing the act is criminal in nature or has criminal consequences. The second is when the defendant deliberately does not commit an act, either knowing that the lack of action will result in a criminal consequence or recklessly disregarding knowledge that he or she should have had.

Most nonfinancial healthcare crimes are prosecuted the second way, where a prosecutor attempts to show that the lack of action or the blatant disregard on the part of the physician were criminal.

This is nearly impossible for any credible prosecutor to demonstrate. Dr. Gokal informed the health system that he was taking the vaccines and he garnered no illicit gain from administering the vaccine to his acquaintances.

Again, Dr. Gokal acted with altruistic intentions, and he was transparent about his actions. He clearly believed he was doing the right thing.

Prosecutors may attempt to frame a legal argument around the notion that Dr. Gokal was knowingly reckless in his actions, but Dr. Gokal can refute this by proving that he behaved within the scope of a caring physician – acting in the best interest of his patients, his healthcare system, and those whom he administered the vaccine to.

The difference between the two arguments defines whether the legal  burden of uncertainty, otherwise known as reasonable doubt, has been addressed sufficiently – a threshold prosecutors must cross in order to convict the accused. Inductive arguments fall short of this threshold, compared to deductive arguments which, being valid in all circumstances, leave no uncertainty in the guilt of the accused.

But how can prosecutors reasonably demonstrate criminal intent in a physician who administered vaccines to patients in the middle of a pandemic?

This leads us to the second common law term that comes into play, actus reus, which refers to the act or omission of an act that comprises the physical elements of a crime – the physical act that proves the criminal intent.

If correctly argued, deductively, prosecutors would be able to prove that a specific act or set of acts support one of the four frameworks of criminal intent.

This becomes a tall order for the prosecutors attempting to convict Dr. Gokal.

Because there is no specific act that can truly define criminal intent without being fundamentally inductive.

If prosecutors state that Dr. Gokal exhibited criminal intent for taking the vaccines despite receiving permission, he can argue that he would be harming the public by letting the vaccines go to waste.

If prosecutors state that Dr. Gokal exhibited criminal intent for administering the vaccine to those not immediately eligible, he can argue that short lifespan of the vaccines justify his actions since he was attempting to establish herd immunity by finding anyone to give the vaccine.

Every prosecutorial argument is fundamentally inductive because there is an equally plausible counter argument justifying how any purported criminal act is, in fact, not criminal. Every legal argument breaks down into a sequence of circular logic, with each argument and counter argument revolving around the other.

This is good news for Dr. Gokal, who will likely emerge a hero out of this whole escapade. But is bad news for the legal system, because this case demonstrates the flaws within the legal system when adjudicating nonfinancial healthcare crimes.

We need to hearken back to the roots of the common law system to develop more relevant, and more easily applied frameworks for these types of legal cases – in which the statutory laws are not directly pertinent. Unfortunately no one has had the wherewithal to propose such an idea.

Common sense is not so common, it would seem.

(We would like to thank the Legal Information Institute at Cornell Law School for their support in drafting this article.)