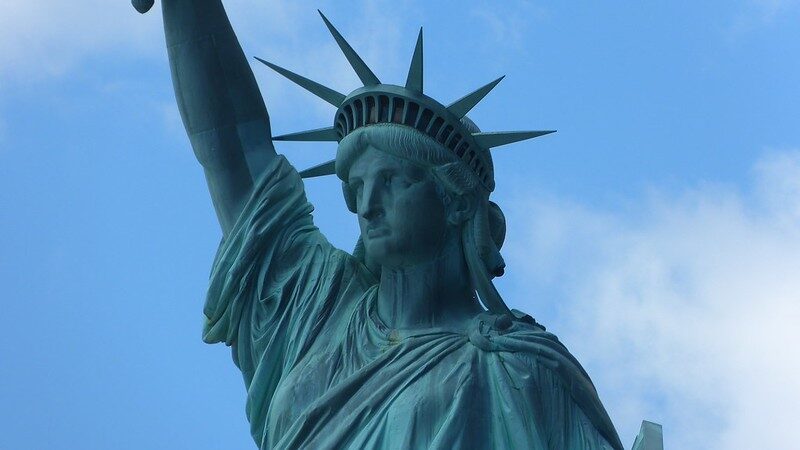 Any upgrade can be justified through the pretense of healing.

Just ask the many movie starlets who receive rhinoplasties, or nasal reconstruction surgery, claiming nasal polyps. The justification is in the framing – I needed surgery to help improve breathing, and I requested a few cosmetic adjustments while I was at it.

The same thing applies when combining healthcare and law, as any medical error can be justified as a crime through the pretense of intentionality. One of the many trends we saw formulating over the course of the pandemic as the Government imposed healthcare policy onto our individual healthcare.

Something Supreme Court Justice Samuel Alito called executive fiat, as many see Government encroachment into our personal health as a form of tyranny, or rule by king – to take the literal translation.

In such circumstances, rules can be arbitrary applied and enforced using any pretense of data for justification. A pattern we saw quite clearly as federal healthcare agencies revised – and revised again – policy after policy resulting in an ever changing array of state and local enforced mandates.

But post-pandemic, absent any lingering once-in-a-generation health emergency, how will this heightened oversight in healthcare look?

Look no further than the opioid epidemic, which has spun masterfully Government encroachment into a moral crusade against the healthcare industry. Law enforcement has replaced physicians in clinical decision-making, and prosecutors have supplanted the healthcare industry in determining opioid production and distribution.

To what aim? Ostensibly to resolve the opioid epidemic. But what exactly does that mean?

Overdoses are at an all-time high. Patients and physicians have never distrusted each other more. Physician burnout and fear of prosecution have never been worse.

The opioid epidemic has plunged healthcare into a dystopia defined by fear and paranoia. And we never even saw it happening.

No new laws were passed, and no new ordinances were voted upon.

The Government simply reinterpreted the existing healthcare laws and statutes to fit a preconceived sense of justice, using the novel interpretation of the law to establish the basis for the conviction.

But for all their efforts, the Government has done next to nothing in actually improving patient outcomes or the overall effects of the opioid epidemic on society at large.

Much like Government intervention during the pandemic – shutdowns and economic restrictions – did little to mitigate its overall impact – it simply delayed the inevitable and justified the delay as some form of solution.

The arbitrary application of laws during the opioid epidemic, through novel interpretations, has cultivated a culture of fear to the point that the quality of patient care is defined by the fear of criminal prosecution.

But when law is subject to the whims of novel and medically inappropriate interpretations, reasonable doubt depends upon the interpretation presented – which can easily reinterpret well meaning medical errors into crimes.

If a physician fails to order a blood test and misses a diagnosis – was that an error of omission or a failure to mitigate against a known risk?

“And is it not true that historically most, if not all of the great breakthroughs and advances in medical science are made by people who did not follow the conventional way of doing things. They followed a new way, their way, and most of the conventional physicians of their day would have disagreed with them because this is not the way it has always been done . . . it bothers me that this kind of evidence . . . is the basis for criminal liability.”

Healthcare must reassert its individual liberties, the same liberties that grant people the right to perform abortions, and the right to smoke cigarettes should they be so willing.

Echoing what French novelist Albert Camus once wrote, “absolute justice is achieved by the suppression of all contradiction: therefore it destroys freedom.”

Absolute justice in healthcare is the elimination of any medical error – and the destruction of healthcare itself.

Instead of allowing healthcare to regulate itself, the Government has taken upon itself to regulate healthcare – a process of encroachment that began during the opioid epidemic and accelerated during the pandemic.

And now, instead of legal arguments in court based upon medical data, we have subjective interpretations of clinical behavior absent the clinical context itself.

Which manifest as healthcare inequities – so it should come as no surprise that different populations are affected disproportionately by the opioid epidemic and different parts of the country were affected differently during the pandemic.

The healthcare laws of the land require fair and equitable distribution of legal responsibilities and burdens – this includes medical errors.

This is the logic of rule of law, and wisdom of the Constitution – explaining why Government encroachment is detrimental to personal liberties.

The Government justifies its actions as providing aid in a time of medical emergency, yet that aid can quickly turn into tyranny – it is only a matter of interpretation.