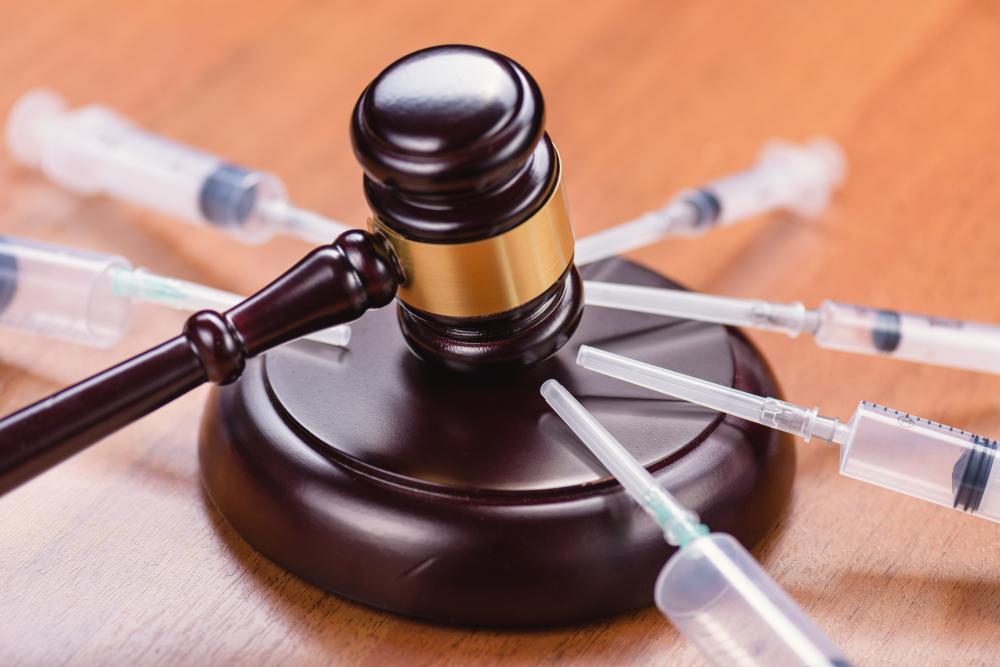 “All happy families are alike; each unhappy family is unhappy in its own way.” A well recited quotation from Leo Tolstoy’s novel, Anna Karenina implying most families that see themselves as happy share certain characteristics. And those that are not, are uniquely different. But while we attempt to emulate the perceived similarities, we inevitably find more to learn from the differences.

Within the differences we find unique personalities, individuals with distinct characteristics who are affected by life differently. No two people are exactly alike, and the differences define a person’s identity.

A simple aphorism that has been lost in the legal battles that have come to define the opioid epidemic. The individual patient has become a collective mass – a faceless, nameless mass of individuals aggregated for legal convenience. Aggregated to effectively create legal arguments built upon precedent that appears stronger in the court of law.

But in strengthening a legal argument, litigators have diminished the individual impact the opioid epidemic has had on patients. And now that the infamous United States v. Purdue Pharma L.P. case has reached settlement, another battle ensues.

Will the patients who were affected by the opioid epidemic actually benefit from the financial remuneration?

And if they do, how will we calculate the relative allocation of funds per individual?

Critical questions that should define the basis of the settlement, but have been lost in the political hype surrounding the press releases. A settlement in which the company would transition into a non-profit public benefits company, allocating funds to federal and state government organizations that support opioid abuse and overall addiction services.

An ostensibly well-intentioned resolution, but one that remains controversial in the eyes of lawmakers because they feel that it does not sufficiently punish the Sackler family – essentially the faces of Purdue Pharma L.P.

But the purpose of the lawsuit was to address the undue burdens the company’s medication, Oxycontin, and the company’s educational efforts – paying physicians to give speeches – upon individual patients that went on to develop addictions. Yet state prosecutors and lawmakers seem to focus the aggregated impact of the epidemic upon select individuals, instead of focusing on the individual impact to the patient.

As a result, many patients, who agreed to put their addiction story, their medical records into the lawsuit are finding themselves on the outside looking in, wondering if they will actually benefit for their contribution to the lawsuit.

Which is an absolute shame. When you read the various state lawsuits against Purdue Pharma L.P. they almost always cite broad statistics describing how their state was affected. They hardly ever narrow the scope of the impact down to the individual. Yet the names of individuals form the basis of the lawsuits that were aggregated to create one large class action lawsuit.

A tactic used to strengthen the legal argument against the company, and influence the legal proceedings towards an inevitable plea agreement.

But settling cases as an almost default outcome has established legal fluencies that impose artificially uniform healthcare policies that overlook unique differences in the opioid epidemic in different parts of the country and among different patient populations.

The heart of the matter essentially boils down to the following argument – patients were misled into developing addictions by Purdue Pharma L.P. and to compensate for the harms done, the company funds will go into allocating resources to help create programs to mitigate the effects of addiction.

But the Substance Abuse and Mental Health Services Administration, a division within the Department of Health and Human Services conducted a cost-effectiveness model that found the most effective initiatives were unique to each community – distinctly localized, patient-centric approaches to addiction treatment specifically catered to each unique community.

Exactly the opposite of the legal strategies used in the opioid cases.

Something that proved to be true as Endo International and Allergan PLC were the first opioid manufacturers to settle. Prosecutors then used the settlements as precedent to strengthen the case against larger pharmaceutical companies who also eventually settled, reiterating the same one legal argument over and over.

In the end the enormity of the cases in aggregate overshadowed the legal validity or relevance of every individual case – it quickly became a numbers game – culminating in the Purdue Pharma L.P. case, in which prosecutors blended all the lawsuits into one class action case regardless of how relevant each individual case may be – even recommending that, “people should file claims even if they are unsure of harm”, turning the lawsuit into a veritable tar-and-feather display.

Legal fluency is like a wave’s momentum that builds upon the growing number of individual case, but not all cases are given equal consideration, and certain cases soon become more impactful than others. And in the final settlements, those cases that were disproportionately represented will receive more favorable settlement terms.

Which will lead to unfair, inequitable distribution of funds across different states impacting the relative effectiveness of addiction treatment programs in some areas of the country relative to other areas. TH consequences of which can be seen by looking at another hotly debated issue – immigration.

Immigration law has a growing impact on the country’s healthcare as Medicaid expenditure on immigrants have grown from 6% to 17% from 2007 to 2017, though not affecting all parts of the country equally. The federal court see 30 to 40 immigration cases a day in New Mexico, but only 30 cases a year in Kansas, illustrating the disparities in immigration cases across different court systems around the country.

And when the Department of Health and Human Services required immigrants seeking residence to prove they can pay for health insurance, the law was motion to be postponed by a federal judge in Oregon, in the name of public interest, affecting both New Mexico and Kansas alike, despite profoundly unique differences in the impact of the decision between the two regions.

In shifting healthcare cases towards pleas and settlements, we shift healthcare into an artificial state of uniformity that overlooks individual patient circumstances that may be profoundly different depending on where they live, the jurisdiction in which a lawsuit was filed, and – of course – the unique medical conditions and circumstances.

Individual legal arguments are no longer adjudicated relative to the individual needs of the patient – instead, by merely presenting an argument, and effectively utilizing the court proceedings to aggregate the argument, nearly any healthcare lawsuit turns into an inevitable plea agreement. But in the process, it turns litigators into court operators, and places an unforeseen, undue burden on patients marginalized in the process, compromising their individual rights and obfuscating the original purpose of the lawsuit.

Physicist Max Planck said, “science advances one funeral at a time”, implying the figurative death of old scientific ideas pave the way for new ideas. Similarly, healthcare dies a figurative death through mandated uniformity, one legal case at a time, conforming individual patient needs into an aggregated, standardized legal argument that does not truly represent any one patient individually – typifying the harmful effects of legal fluency on individual patients in clinical medicine.