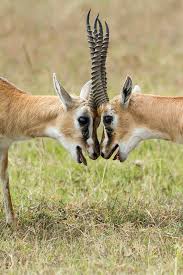 Abraham Lincoln uttered the now famous, oft quoted words – ‘angels of our better nature’ – during his presidential inauguration, asking all Americans to appeal to their more compassionate, forgiving natures – a plea that would go unheeded as the country soon descended into a brutal, civil war.

But a plea that has continued to be called upon, time and time again, when calling on people to address an issue with compassion and forgiveness instead of with anger and vengeance. Healthcare has changed in 2020, for better and for worse, as many long-held beliefs about healthcare have fallen to the wayside as we perceive 2020 to be an inflection point for changes coming forth.

The most compassionate thing we can do for healthcare is to allow it to remain competitive, but control the nature of the competition, and let the market lower the cost of care for patients.

Healthcare is a market, obeys economic principles, and is subject to the same principles of supply and demand as all other markets. Only with a few caveats.

The most obvious being that supply is fixed and regulated. Only licensed professionals can practice medicine, which means the supply is regulated by overseeing medical licensing boards and regulated by medical school admissions. And any true structural change in healthcare takes years to adjust as it takes time to matriculate and graduate from medical school, and complete the training required to enter the medical work force.

Demand varies with patient population, but is fundamentally inelastic. A patient will not choose to visit a physician when he or she is in pain – the decision is self-evident. A patient will not choose to simply stop seeing a primary care physician – most patients automatically presume healthcare to be as integral to their lives as shopping for groceries. So the decision is never about utilizing healthcare when acute and chronic medical necessity arises.

Instead, the decision is around which physician to see. And conversely, where should physicians practice and what specialty should they enter.

This is the main differentiating factor in healthcare relative to other industries. In the steel industry, overall production reflects overall demand, and the overall balance between market production and market demand defines the industry. In healthcare, the myriad of individual substitutions – deciding to practice in an urban metropolis instead of a rural town – specializing into a more research-oriented specialty instead of a generalized primary care physician – define localized, niche markets.

In other words, healthcare is not one large industry, but multiple specialized niche markets, a glorified cottage industry, dynamically changing based upon the substitution patterns seen in the supply and demand. Which redefines healthcare as a series of small, niche markets consistently changing within the market dynamics.

A perspective that may be hard to understand given the blockbuster mergers and acquisitions that make the headlines. But the headlines do not define the daily lives of patients engaging with the healthcare facilities and providers in their neighborhood. Those engagements are distinctly local, and distinctly niche to specific locales.

And within each niche, supply and demand change at different rates, creating different substitution patterns that eventually form disparities in the local healthcare market. Inevitably demand patterns change faster than supply patterns – as it is easier for patients to switch physicians than for physicians to change practice locations or specialties.

Competitive forces thrive on diversity. And in competitive markets, the market establishes best practices that are quickly adopted among the more successful. The more participants in a market, the quicker the best practices are introduced and widely adopted – implying the competition defines the pace of market progress. A principle well studied in evolutionary biology.

The Simpson’s Diversity Index is a measure of diversity within a biological ecosystem. It is used to quantify the biodiversity of a habitat, and takes into account the number of species, its abundance, and the relative impact of each species on the overall ecosystem.

This index is most often used for ecological studies that measure species diversity, but the same analysis can also be applied to other principles, such as the diversity of opinion over an idea, or the diversity differences in populations in schools, communities and other locations. The general belief is that the diversity underlying any concept is a proxy for the overall merit or health of that concept.

The data analytics that define the Simpson’s Diversity Index, when applied to traditional markets, are rebranded as the Herfindahl-Hirschman Index (HHI) – and instead of studying diversity, the HHI studies market concentration. A study by the American Medical Association using this framework to study various healthcare markets found that the determining factor in overall healthcare competitiveness is the relative concentration of insurance plans within a given geographic domain.

The study concluded that market concentrations are generally increasing around the country, prompting concerns around the overarching influence of insurances in healthcare markets – which may come at the cost of patients and providers.

Many are fearful of the excessive influences by healthcare insurance companies, and typically turn to evangelizing socialized healthcare or a one payer model – with the belief that the government will oversee all insurance coverage. But a detailed analysis on government based, or public insurances found that this will increase cost of care for individual patients. And if the government is the insurance provider, then we as a public will pay the premiums through our taxes.

Another study in the Journal of American Medical Association (2000) found that public healthcare plans have higher spending per medical condition than private healthcare plans. After adjusting for multiple clinical factors, the study found healthcare spending increased more for public insurances than for private insurances – implying that broadly expanding public insurance options would increase cost of care, adversely affecting patients in the long run.

So perhaps we should instead maximize the number of insurances and try to increase the number of healthcare options available for each patient – decrease market concentrations and ensure maximum benefit to patients.

However, an analysis from The University of Chicago (2017) of Medicaid based insurances found the market was largely influenced by subsidies, implying that true, unchecked market forces would hurt rather than help patients. And instead, healthcare markets need subsidies that increase patient enrollment while lowering healthcare spending. The study concluded that subsides increase market diversity by enhancing patient engagement and involvement.

The balance that determines the optimal level of diversity (and inversely concentrations) is the balance between supply side substitution and demand side substitution. Substitution has cost (also known as switching cost), and is defined as the real and perceived costs a consumer incurs when switching from one goods and/or services to another. There are innumerable studies on substitution cost, analyzing both the predictable and unintended consequences that may influence consumer behavior and substitution in light of these costs, and unintended consequences thereof.

For patients, substitution cost is an investment decision. It determines whether a patient sticks with an insurance plan or changes to another plan – or even chooses not to use the plan altogether, opting for cash pay instead. Such substitution costs are perceptual in nature, and dictate how patients interact with their providers and utilize their healthcare services. And like all investments, are influenced by the duration of each substitution decision, and the upfront costs and ongoing costs.

It defines a certain patient oppportunism, how a patient interacts with the surrounding healthcare market to maximize individual economic utility within that market. And when we analyze optimal market competition through the framework of patient opportunism, we can see what forms of competition are beneficial and what forms are not – when does a hospital merger benefit or hurt a local healthcare market; when does offering new insurances help patients find their ideal provider; which markets need more or less general practitioners, specialtists, and specific clinical services.

True patient benefit, within the broader context of healthcare, is less about the absolute number of providers and insurances, and more about the perceived and real cost of substituting healthcare services to maximize patient outcomes – be it substituting insurances or substituting providers. Therefore, we should focus less on the absolute cost of care numbers, and more on the relative changes in the cost of care numbers – the relative fluctuations in supply and demand.

And if we want to have meaningful discussions around improving healthcare, then we should stop trying to socialize or capitalize healthcare as a whole, and instead, we should try to optimize the competitive framework within each localized healthcare market.

That would truly appeal to the angels of our better nature.