It leads to better clinical decisions 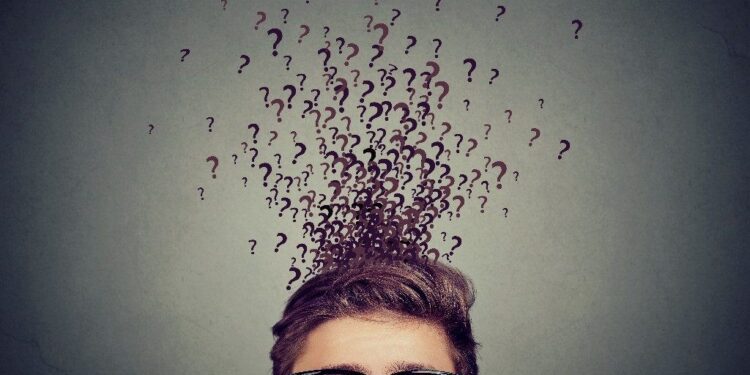 We first learn to deceive around the time we first learn the medical fundamentals. Keep your mouth shut and let them think you are an idiot. Speak up and prove it to them. Self doubt is intrinsic in healthcare because it is taught at the earliest stages of medical training.

It only gets worse from there. Soon, schools of medical students turn into clusters of residents competing to see who can hide their self-doubts the best. It manifests when discussing patient vignettes on the ward. Shotgun questions are answered as quickly as they are shot off, lest a resident let another beat her to the punch. A hierarchy forms. Those on top become department chairs and committee leads. Those at the bottom learn to follow in stride.

More than anything else, this captures the ethos of modern medical culture: a system stratified by self-doubt where those who hide it the best are deemed the brightest and lead the next generation of physicians. The work environment and technological influx may change, but the cultural mindset remains the same. But self-doubt is important, particularly in medicine.

Self-doubt, like most implicit perceptions, does not appear like more apparent emotions, as we understand them. Anger is anger. When we feel it, we express it. But implicit perceptions manifest contrary to its original intention. When we doubt ourselves, we reflexively seek to prove ourselves to others. We cognitively match doubt with overconfidence.

It explains why medical students compete to outdo one another; why residents gun each other down on the wards. Self-doubt is something to hide. So we not only mask it, we compensate for it. But like anything suppressed, it never goes away. It just boils over.

It leads to snitch culture. The lingering effect of antagonistic self-doubt is pretentious self-confidence. Snitch culture is the logical manifestation of delusional exceptionalism cultivated over time through feigned overconfidence.

We now have a cottage industry of physicians groomed in the art of serving as expert witnesses, who work alongside lawyers to twist the data just enough to win the legal argument without telling mistruths, turning turn-of-phrases just enough to contort the data.

Like the kings of pre-colonial India turning on one another in favor of the British, no physician truly wins in this scenario. When those who are divided fight against one another, neither side wins. The victory goes only to the dividers. These would be the lawyers: the kingmakers who regulate healthcare through moralizations masquerading through the pretense of administrative oversight.

We in medicine should know better. Our self doubt is a strength. Yet, we perceive it as a weakness. And like so many things in this world, we become what we believe. So self-doubt has become a liability. The physicians of lore would advise otherwise: “Medicine is a science of uncertainty and an art of probability” is a famous quote by Dr. William Osler, the physician proclaimed as everyone’s hero in medicine who no one seems eager to emulate.

Dr. Osler was famous for his experience-based approach to healthcare. What he saw, he acted on. And if he was wrong, then he would tweak his approach until he was right. Try saying that today and you will find yourself mired in a lawsuit.

Most physicians know uncertainty exists in medicine. But when we question a particular decision or action, be it for ourselves or toward others, that self-doubt expresses in its contrarian form of false overconfidence. No one accepts they are wrong because we see wrongness as a cardinal sin in healthcare.

But wrongness is a natural result of self-doubt. It’s fundamental to our understanding of the field. We improve by being wrong. We overcome being wrong by recognizing our self-doubts. But in denying its importance, we give rise to counterintuitive notions of doubt as weakness and of wrongness as personal failings. It’s time to forsake this way of thinking. Let’s openly embrace our doubts.

Remember, confidence and self-doubt are not opposites. True confidence comes in the presence of doubt. Confidence without doubt is frail, a house of cards waiting to tumble. Doubt is the mortar providing the foundation. It’s time we begin to appreciate its role in medicine.