How the CDC and FDA Really Work 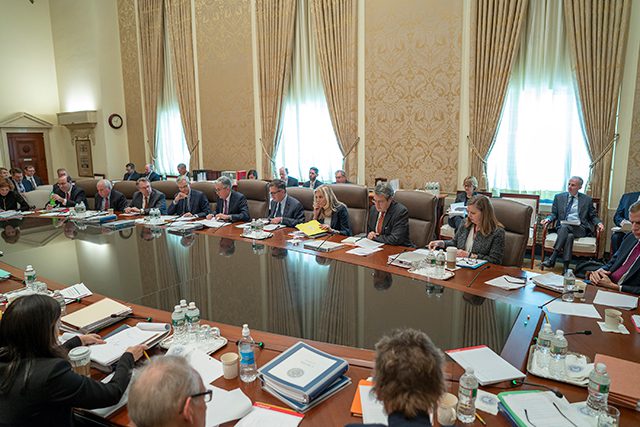 Byzantine is a term describing an overly complicated bureaucratic system with undertones of deviousness or underhanded procedure.

It was originally used to describe the later stages of the Roman Empire. Historians wanted to separate the earlier, more renowned period of the empire from its later centuries. It seems not even long dead empires want to be associated with the term.

Yet it is the perfect word to describe federal health agencies today, namely the Centers for Disease Control and Prevention (CDC) and the Food and Drug Administration (FDA). Swarming with committees whose names could compile a cauldron full of alphabet soup, both the CDC and FDA are a complicated mess of committees – led by political figure posing as health leaders, who use health policy as a gambit for political gain, overseeing a growing mix of public-private partnerships.

Since the Clinton era of politics, privatization has crept into all facets of the federal government. This trend moved into federal health agencies with the passing of the Affordable Care Act. And by the early 2010’s, public-private partnerships were standard operating practice in public health policy.

Now, when any politician or politically ambitious bureaucrat calls for a task force on a specific health issue, a committee forms. It begins as a temporary one comprising private corporations and thought leaders selected by the head of the task force, all selected ostensibly out of some level of subject-matter expertise. It then issues a report or dole out a series of policy proclamations.

The task force then works with other established committees within the department to build upon the findings or implement some recommendation. But once the initial task is done, the task force never really goes away; it simply lingers, and eventually gets involved in other issues or health policy debates.

Now when you look at either the CDC or the FDA, you see innumerable committees, all spearheaded by some bureaucratic lifer with his or her own set of public-private partners, like Roman generals fielding their own legions. This is the gambit through which health policy is debated and decided upon.

It only makes sense that these agencies have difficulty communicating a consistent message to the public. They have difficulties communicating internally. Instead of a standardize model to communicate and present clinical data or scientific literature, we have committees posturing a policy that represents the personal views of the committee heads and the incentives derived through the public-private partnerships. The confluence of committees and the ensuing chaos that defines its interactions are responsible for poor pandemic communication, for policy decisions based on conveniently selected data, and for guidelines that need revisions.

The process in which the CDC guidelines on prescribing opioids for chronic pain are being revised is the most glaring example. Here we have three separate committees jostling over vague, poorly constructed guidelines trying to simplify complex clinical decision-making. They argue over what is written and then argue over the implications that could be derived from what is not included in the guidelines.

In contrast to the CDC, when the FDA decided to issue recommendations for a fourth COVID-19 vaccine, they closed the door on any debate. Advisory committees were excluded from participating in any debates and a select number of individuals drove home the decision to issue a fourth round of vaccines in a mostly ad hoc manner.

A barrage of resignations ensued, but those do little to curb the tide of excessive influence among a limited number of individuals. In fact, it only worsens it, since the resignations lead to fewer committee debates.

Both instances highlight a disturbing trend of political grandstanding over health policy in two of the most prominent federal health agencies. Committees should encourage policy debate and provide multiple perspectives. Instead, they introduce moral hazards in health policy and enable select individuals to have enormous pull in national policy.

This is the very definition of the word Byzantine.

Instead of fixing the problem, Congress merely adds to the confusion by adding another committee, with a politically ambitious leader, accompanied with his or her own set of public-private partnerships.

In such a jumbled mix, conflicts of interest go undisclosed and any semblance of transparency gets lost in the layering of committees. This is a folly of our own making. Some have called for oversight, which ironically, will simply lead to yet another committee.

This is why, despite having the best clinicians and research facilities, we cannot maintain a coherent public policy message; why, despite publishing the most number of clinical studies in the world, we suffer from the outsized influence of a few select individuals on health policy.

It is time for change.