For victims of gun violence and the advocates who help them, it creates barriers that limit intervention. 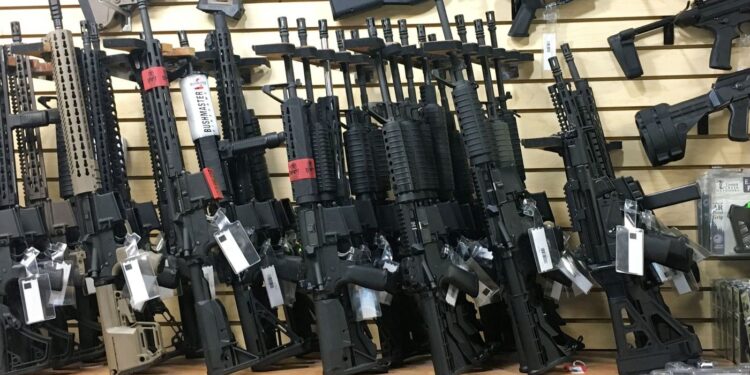 In 2016, HIPAA, the statute that ensures patient information remains protected and confidential, underwent a slight change.

A small set of HIPAA covered entities must now disclose the identities of individuals who are prohibited by federal law from having a firearm. This includes patients who may not have a criminal record, but cannot possess firearm for mental health reasons.

Well, time skip past the pandemic into the present and we see things quite differently. Mental health doesn’t just represent a narrow scope of gun violence, it encompasses most of gun violence. Over half of all suicides in the United States occur by gun fire. Gun violence toward others as a result of untreated mental health is front and center on the news and in social media. We see it everywhere in today’s unceasing media cycle.

But we don’t see the families rushing to hospitals to see how their loved ones are faring after sustaining gun injuries. We don’t see the crowds of reporters scrambling to cover the stories despite the limited publicly available information.

We miss the empathy. For crisis workers, this adversely affects their interventions. Many advocates, after suffering gun violence themselves, dedicate their lives to helping other victims. They see how a lack of empathy leads to faulty health policies that don’t reflect the on-ground realities of the communities affected by gun violence.

HIPAA reinforces this divide. The rule intended to protect patient information has become a hindrance for families affected by gun violence. For communities particularly hard hit by gun violence, like the south side of Chicago, HIPAA symbolizes the parallel realities of the world they live in and the world as it’s portrayed by outsiders.

For those who live in parts of Chicago known for violent crimes, going to the University of Chicago trauma bay or knowing someone who has gone is almost a rite of passage. The locals know not to engage with the police or to speak with hospital administrators. They’re taught from an early age not to trust them. They know who to speak with: the community activists, the mid-level providers, and the blue collar workforce staffing the hospitals. And they usually know both the perpetrators and the victims because they all grew up together.

The locals know HIPAA won’t protect the next round of retaliation by restricting access to crisis experts who know how to speak to both perpetrators and victims in a way that can assuage the lust for revenge. It requires empathy, an ability to speak from experience to prevent what often happens in these communities from happening again. But the gun violence activists most needed are often prevented from accessing patients in these acute moments – because of HIPAA.

Community activists, who are trained to apply conflict resolution techniques, see HIPAA as a hindrance – not because of the rule itself, but in how it is interpreted by those who use the law to prevent access to care. Often hospital administrators will restrict or limit access to crisis interventionists, community leaders, or even certain family members because they are unsure of why those individuals need to be with the patient. So they cite HIPAA to justify an innate sense of distrust that comes out of historically ingrained racial prejudices.

But the very individuals prevented from seeing patients are the ones providing the resources needed to help patients recover from gun violence. Not just the physical wounds, but the mental pain of being shot and the angst of desiring revenge. It prevents crisis interventionists from reaching patients in their most vulnerable period, those precious moments when they are fluctuating between the sadness of their recent trauma and the anger from thoughts of retaliation. Absent those resources, patients don’t get the full extent of care necessary.

In 2021, the Department of Health and Human Services (DHHS) addressed this by clarifying how HIPAA should apply to those caring for victims of gun violence. The DHHS enacted what they called, Extreme Risk Protection Orders, a series of provisions that allow crisis workers to reach patients involved in gun violence in situations where HIPAA wouldn’t normally allow.

But the implementation of these provisions is subject to interpretation by hospital administrators, and often leading to racial biases against crisis workers who share the same ethnicities or cultural mannerisms as the gun victims themselves.

The inconsistent use of these provisions creates an artificial façade, blocking resources and services for the most vulnerable. In its place, community activists try ad hoc methods of engagement and use local relationships to bridge the divide that ignited the violence.

But it’s not the same. It’s one thing when the institutions of law and policy advocate for something. It’s quite different when you’re stuck using the back channels. It doesn’t feel the same and it’s not as effective.

The community activists will be the first to tell you that. They know they’re working in a system where the rules are selectively applied. For the rare lone wolf mass shootings, the government is more than willing to bend or change things to help prevent future attacks or injuries.

But when it comes to more common forms of gun violence, the ones afflicting communities like the south side of Chicago, it appears the rules must remain the rules, exceptions be damned. So HIPAA remains a deterrent when inappropriately applied. It limits access to crisis intervention resources and prevents the effective utilization of care that have been proven to curtail gun violence. It detracts from quality of care when it’s most needed.

Absent any consistent standard for how victims of gun violence should receive care, crisis workers have to endure the injustice of delaying intervention in the critical moments following a gun shooting, when patients are deciding how they will respond to acts of violence.

We must continue to help these communities. We started by modernizing HIPAA to remove barriers crisis interventionists encounter when supporting victims of gun violence. Now we must build on this by ensuring HIPAA is applied consistently for all victims of gun violence. Fortunately, we don’t need to change the law to do this. We just need some empathy to improve how we apply it.