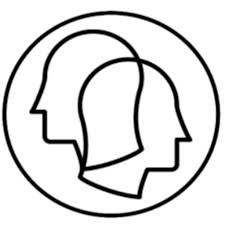 But, hardly any consideration has been given to modern healthcare. Yet, healthcare issues are all around us, permeating strongly held beliefs, and equally strongly held counter beliefs, each reverberating back and forth with seemingly no end in sight.

Should we wear a mask?

Should we be forced to take a vaccine?

Should we limit opioid prescriptions for every patient?

Many current solutions simply substitute the complexity of healthcare for a convenient narrative, rendering most solutions as nothing more than another interpretation – perpetuating the dialectic back and forth.

The philosopher who first coined the concept of dialectic, Georg Hegel, argued that the only way to get out of the dialectic back and forth is to blend and transcend opposing the views. Good luck trying to get anybody with differing views to come together in this political day and age.

Quips aside, there is a critical, realistic element to Hegel’s notion of transcending the dialectic – and it holds great promise in redefining our perceptions of healthcare and developing novel solutions in the process. Transcending, at its simplest level, means to go beyond the limits. But what does that mean in healthcare, which is rife with complex set of behaviors among individuals that only grows more complex as you start to consider the system as a whole.

Healthcare is unique because the interpretations around any piece of information, any given fact, data, or clinical symptom, involves complex layers of subjective thought that seem to be more impactful in our decisions than the actual information itself. For example, many policy makers have proposed a food tax to incentivize healthy eating. Yet, the assumption underlying such a tax is that all eating patterns among all people are the same. But studies on obesity have demonstrated different hormonal influences in eating patterns; and it well known that those with certain clinical or subclinical psychiatric conditions often use food as a coping mechanism, adding an additional layer of complexity when comparing eating patterns.

Most would consider over-eating as a cause of the disease, not a disease itself, or a symptom of another disease process entirely. But healthcare experts of different specialties would disagree. In fact, recently, a new diagnosis was formalized called Binge Eating Disorder (BED), which describes specific situations of over-eating as a disease itself, not as a behavior relative to obesity. And by expressing a behavior as a disease, we shift our interpretation of that action, which shifts our overall perspective of over-eating.

These shifts happen quite regularly, often in a dynamic, chaotic manner without us knowing – as it happens mostly subconsciously. But once we observe the shifts, we learn that much of healthcare is defined through shifting interactions: between provider and patient, between patient and their thoughts, between the dominating perception and its subsequent reaction. These interactions form a balance upon which interpretations and counterinterpretations swing back and forth.

Hegel describes this ability to view multiple perspectives among seemingly contradictory information and observations as the practice of considering a decision, and then its opposite – or as an example of thinking dialectically.

In traditional clinical practice, providers are taught to observe their patients’ symptoms and diagnose and treat the patients based upon the presenting symptoms. But providers almost never have every clinical symptom, lab data, or imaging study reality available. Instead, the provider must evaluate and order specific test and studies piece by piece in order elucidate the eventual diagnosis. This process, though never explicitly frame in such a way, is a dialectic. Interpretations shift as the perception of the clinical presentation varies with new information. And only by synthesizing, or transcending, all the potentially conflicting diagnoses, can you confidently diagnose the patient.

Another dialectic that has gained increased attention over the recent years is the balance between antibiotics, overall hygiene, and infectious diseases. Previously, we have gone to extreme measures to eradicate bacteria and parasites in our environment, with little success and with a great deal of adverse, unforeseen consequences. We have found that our bodies, particularly our immune systems, exist in a balance, a dialectic with our surrounding infectious disease species. And any extreme attempt to disrupt this balance, be it eradicating germs with antibiotics, or eliminating natural bacteria through excessive hygiene, always results in countereffects contrary to the original intentions – increased allergies among children, and autoimmune conditions among the general population – demonstrating healthcare naturally behaves in a unique, dialectic pattern.

A pattern we exhibit as a society, as seen in our response to the opioid epidemic – reactions superimposed upon reactions, each more extreme than the last. First, we emphasized aggressive treatment of pain, until the management of pain became the focus of care. Then came the narratives of lives lost and families disintegrated by the abuse of opioids, heroin, and fentanyl – due in large part to the overprescribing of opioid medications, which itself came from the belief that pain should be minimized aggressively. Which was then followed by the government intervention and reaction, leading to another set of narratives attributing blame to select physicians, and then pharmaceutical groups, and then international cartels smuggling heroin. And on it went, in a dialectic progression.

Thomas Kuhn describes a scientific revolution as a collective shift in perception within a scientific community. And in much the same vein, solutions for many problems in healthcare are often found through shifts in perceptions. Studying healthcare as a dialectic will help us discover patterns of behavior underlying much of what we see – and in observing these patterns, hopefully we will learn to transcend the conflicting interpretations.