Healthcare is a Game of Incomplete Dominance 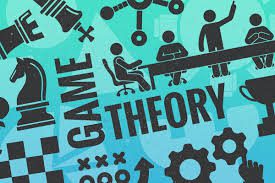 Two friends walk into a café from opposite ends of the room and meet at a table to sit and enjoy each other’s company. Eventually they come to discuss COVID-19, and the benefits a vaccine may provide. The first friend believes they should both get the vaccine – for the overall benefit of potentially reducing the spread of and effects of the virus – while the second friend believes neither should get the vaccine – for fear of the side effects from the vaccine.

Soon an argument erupts as neither can fully convince the other. Back and forth they go, each taking turns to launch an argument at the other, almost like a game. But soon the game ends, with each storming out of towards the opposite ends of the café from which they entered.

This is a game millions around the world have played, each launching their own arguments, each substantiating their view while refuting the argument of those who disagree. And while many would scoff at the use of the word, game, since the consequences are very real and very deadly, the word is very appropriate.

In fact, an entire discipline within the field of economics has been created around decisions and conflicts, which – appropriately enough – is called Game Theory, a field in which decisions and the ensuing payoff, or benefit, of those decisions are analyzed from the perspective of the individual relative to the overall payoffs of everybody involved in the decisions.

Those who have heard of Game Theory are familiar with the infamous Prisoner’s Dilemma. The story where two individuals accused of a crime are held in separate prison cells and asked to admit guilt against the other in exchange for more lenient sentences. If they both accuse the other, they each only have five years in prison. If neither says anything, there will be no prison term for either person. But if one accused the other but the other does not, the one who accuses will only serve one year and the one who did not speak out will serve twenty years. As a result, the most likely scenario is that both individuals will accuse the other, the best scenario is that neither says anything.

Most decisions are a complex mix of different probabilities or likelihoods that grow more complicated the deeper the analysis. There is no one overall best or most likely decision, each decision is relative based upon the relative benefits and downsides.

Game theory experts would describe this as an incomplete dominance, a term that also describes healthcare decision-making. Healthcare is rife with individuals making decisions daily, some larger than others, but nearly all consequential, and most decisions are not definitely better than others.

Should I exercise today or work overtime?

Should I eat healthy or save on the grocery budget?

Should I smoke this last cigarette or feel stressed out the rest of the day?

These are all decisions made at an individual level that affect us collectively. The individual health decisions we make impact the collective economic burden we bear in society. And no where is this more evident than the vaccine debate.

Those who advocate for broad vaccine use espouse the value of collective benefits, such as herd immunity, and those who advocate against vaccine use tout the side effects of vaccines, or the right to dictate one’s health without outside influence. But if you distill the argument into its core – through the conspiracy theories, pseudoscience, and public grandstanding – it becomes an argument of decisions balancing individual payoffs with collective payoffs, or the benefits to the individual relative to the benefits to the group.

Individually, a person inclined to receive a vaccine believes other will similarly decide to obtain a vaccine and based their decision off that belief. Which may hold true sometimes and not hold true at other times. The collective payoff is a probability adjusted amalgamate of individual decisions that are not coordinated and therefore randomly assorted.

The CDC has found in 2017 to 2018, influenza vaccination coverage varied from 33.9%–56.3% among adults throughout the United States. That is either a third or half the population, depending on where you live – a wide swing, and one that obviously affects the overall benefit of the vaccine – the overall likelihood of achieving herd immunity.

A benefit that varies based upon the percent of the population that receives the vaccine, but a risk that is fixed per individual, and the overall payoff of each decision is a ratio of the variable benefit to the fixed risk.

A ratio that changes year over year, depending on a myriad of factors, including whether someone had an averse reaction to the vaccine the previous year, currently experiences unique financial difficulties, or believes the overall benefit is simply not worth repeatedly receiving a vaccine. And because that ratio is incredibly dynamic, there is no single ‘most likely’ or ‘best’ decision. Each decision is relative in value, or incompletely dominant – creating a volatile relationship among different individual decisions in which no one decision truly proves more beneficial over the other when analyzed from the group’s overall benefit.

This is the underlying issue of wearing a mask.

This is the underlying issue of COVID-19 testing.

And it is through this framework that we will find many of the resolutions for these seemingly unsolvable healthcare issues.

No one strategy in nature or in our society has truly proven superior to the other.

What most game theory experts would advocate in a world of incomplete dominance, rather than a fixed strategy, is an ongoing analysis of different decisions, benefits, and risk – and from that analysis, develop a balance of competing and cooperating that balances individual benefits with broader group benefit.

Once we understand how individuals behave and decide, we can then understand how to optimally co-exist. We can enact rules that optimize individual decisions while accounting for the overall benefit of the group.

Sounds simple enough, but much of what has gone wrong in recent much is less about knowing what to do, and more about agreeing what to do.

Sometimes winning an argument is less about having the best argument, and more about contextualizing the relative value of each argument.

After all, it really is just a game.