Healthcare Dies in the Supreme Court 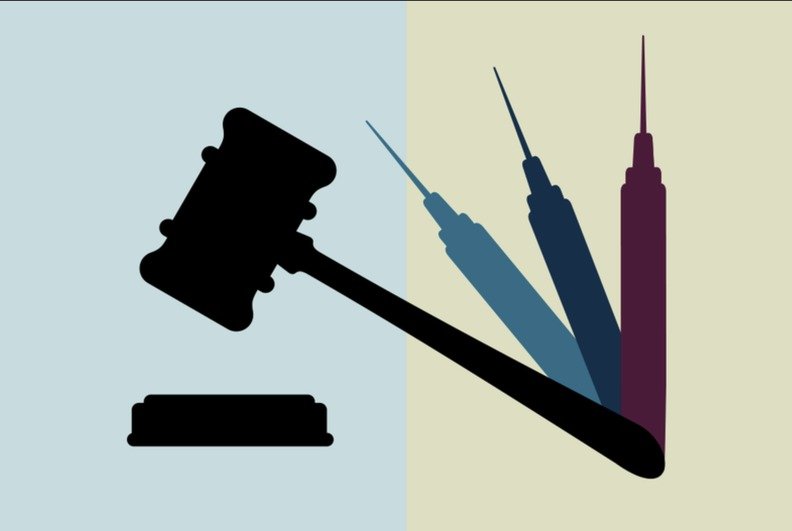 The Supreme Court determines law, not just by what they rule, but in how they think.

How the Justices analyze healthcare law affects its interpretation, and consequently its implementation, throughout the lower courts.

We find judges using preconceived beliefs or political affiliations as a proxy for the healthcare analysis itself. We seem to lack a standard framework to analyze healthcare law.

This was not always the case. In fact, many prominent Supreme Court Justices were known for their astute understanding of healthcare law. The Brandeis Brief, written by Justice Louis D. Brandeis, was known for its scientific rigor and paved the way for non-legal, clinical data to appear in federal courts.

Another prominent Justice who valued science in law, Oliver Wendell Holmes Jr., once wrote, “the life of the law has not been logic, it has been experience.” But his quotation is partially true in medicine, for when we interpret healthcare laws, we must account for the clinical logic underlying the intent of the law, and the experience of those who are most vulnerable to misinterpretations of the law.

We need both, logic and experience, balancing the interpretations of law to address the intended and unintended consequences, while distributing equitably rights afforded and burdens imposed upon those most vulnerable – as they experience the law.

When viewed in this way, healthcare becomes a complex concept similar to Saint Thomas Aquinas’ definition of complex concepts like virtue. Aquinas saw virtue as a complex concept which could manifest in multiple ways, emotional virtue or intellectual virtue, but the various components or attributes of virtue were not to be understood as separate concepts, rather as different manifestations of the same concept.

Hippocrates believed the logic of healthcare should be subservient to the experience of healthcare. When translated into healthcare law, this means laws should be defined primarily by how they affect the patient experience, not by any presumed logic or rationale independent of the patient.

Yet we see examples of misguided logic-driven laws throughout healthcare that fail to account for the experiential nature of healthcare. As a result, we have lost sight of what makes healthcare a fundamental liberty.

We must be weary of healthcare laws that appear logical, but place undue harms on individuals based on the experience they go through. In this manner, experience and logic become concepts to balance against one another, like assumed burdens.

President James Madison noted laws that distribute societal burdens among all equally are constitutionally sound laws. Accordingly, we must interpret healthcare laws that optimize healthcare experiences without incurring government encroachment upon select individuals on the basis of logic alone.

As healthcare advances technologically, the disparity between medicine and law will widen – creating a gap between healthcare behavior, which will grow more complex, and health care law, which will trend towards standardization.

At the center of this disparity resides uncertainty, which becomes more pronounced within the growing disparity of healthcare logic and experience.

Information that is available after the fact is often not available in real-time. More importantly, what is considered important in real-time can be retroactively reinterpreted to be more or less important afterwards – creating a tendency to simplify the complexity of medicine into contrived legal interpretations of clinical actions taken out of its appropriate context.

In law, we similarly simplify legal uncertainty into a decision of guilt or innocence. But legal uncertainty is equally complex and nuanced. It is a series of decisions to determine what specific actions define the whole of behavior. How much of each action influences the overall behavior, and what factors are attributed directly to the behavior in question.

The ability to discern legal uncertainty becomes particularly difficult when addressing individual actions within the complexity of healthcare – with its unique form of uncertainty.

We tend not to think about healthcare law this way, but the fundamental decision of guilt or innocence, of liability or responsibility, is a matter of relative uncertainty that we unconsciously simplify.

When we simplify healthcare behavior into legal interpretations, we tend to misunderstand and misinterpret it.

This is why medicine has always been considered more of an art than science until recent decades. Art is an expression of imagination, which can only be appreciated when viewed in its entirety – whether that is treating the whole patient or analyzing a physician’s decision within the full context of patient care.

Any clinical event, be it a patient encounter or a life threatening pandemic, is more than a series of discrete actions. It is a complex array of clinical decisions and clinical actions that interact in unique, often unpredictable ways. There will always be uncertainty within this complexity.

Indeed, many medical outcomes are only partially predictable and beyond a certain point, uncertainty is inevitable. These unique subtleties distinguishing medical uncertainty from legal uncertainty require us to be especially vigilant in how we understand healthcare law.

Let us hope the Supreme Court comes to recognize these subtleties.