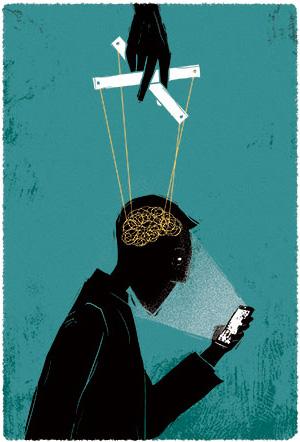 Normally we attribute censorship to broadly acknowledged explicit words and phrases. We all know them, no need to repeat, as cathartic as such an exercise would be.

But when we come across unfamiliar words, phrases, or terms that are censored, we immediately judge what we still may not understand.

The censorship is a form of judgment.

It influences our perception of words like, Hydroxychloroquine, or more recently, Ivermectin. Established medications, studied for decades and prescribed regularly by physicians across the country for myriad of medical conditions – reduced – reduced to a form of judgment.

Reduced to a censorship.

By an internet company that began as an academic startup optimizing internet searches, enabling the exchange and proliferation of information, that has now evolved into one of the most powerful organizations in the world – Google.

But what exactly does Google know about healthcare and healthcare discourse online?

Sure it controls the internet, manages every facet of every personalized data available online. But does that give it authority to censor public discourse?

Of late many prominent academics, from public policy physicians to pontificating philosophers, found themselves censored arbitrarily on Google affiliated platforms such as YouTube for espousing – what they believed – clinically relevant issues.

This is why we have many public policy experts censored for discussing Ivermectin.

In much the same way that the phrase ‘gain of function’ was initially censored, but eventually entered the domain of public consciousness.

Whatever the company censors inevitably becomes an indictment on censorship. Since data, particularly healthcare data, have become decentralized, it has become inevitably egalitarian.

This means authority over censorship has transcended from the ivory towers of academia into the platforms of those who control the data.

But controlling data is different from understanding it – a critical distinction necessary in understanding how to exercise censorship.

Discussing ‘gain of function’ research online regarding the origins of COVID-19 was immediately discredited as taboo, until it was not, until it became of one the more plausible causes of the pandemic.

But the censorship did not keep pace with the course of conversation. As a result, you had fringe outlets challenging the prevailing, censorship-based narrative. A narrative proved false in the end, giving credence to the fringe while discrediting established internet channels.

Such is the power of censorship, very much a double-edged sword, as capable of giving credibility as it is of taking away credibility.

Like any democracy, power is given by the people, by the general public. And Google’s ability to authorize censorship is ordained by the daily views of people who use the site to orchestrate their internet experience.

At least then we would not have to watch the watchmen.

We would just have to watch ourselves.