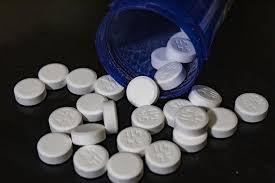 Dr. Nora Volkow, head of the National Institute of Drug Abuse has made a career out of studying addictions. In studying the opioid epidemic, she realized that addiction is a complex medical condition that expands beyond traditional opioid prescriptions, and even beyond illicit opioid drugs. Rather than studying addiction from the perspective of medications or drugs, she studies addiction from the perspective of patient behavior.

While many public policy advocates now focus their attention on fentanyl, “the most dangerous opioid”, Dr. Volkow focuses on the different patterns of drug abuse. She acknowledges methamphetamines are more lethal than even fentanyl and believes funds from opioid settlements should include addiction services for patients addicted to methamphetamines – given the rapid rise of the drug’s popularity and the tendency for many patients who were abusing opioids to divert to methamphetamines. It should come as no surprise that the same medications that treat opioid addictions are now approved to treat methamphetamine addictions. For many patients struggling with addictions, methamphetamines became a substitute for opioids when the latter became less available during the opioid epidemic.

While law enforcement focused only on blanket restrictions of opioid supplies, healthcare researchers observed the substitution patterns of behavior who alternated one drug of abuse for another depending on the relative availability of the drug. Yet, despite the insights form the medical community, law enforcement continue to aggressively criminalize patient as addicts.

Criminalizing addictive behavior fails because these restrictive laws focus on one specific behavior within the continuum of addiction and attempt to address all aspects of a patient’s addiction through that one behavior.

But more than any one approach, we need a balanced approach, built upon a strong understanding of the underlying medical principles to solve the opioid epidemic. A balance we seem to have found in other drug epidemics.

“This has turned into a healthcare crisis”, Congressman Kennedy said, not in reference to the opioid epidemic or any viral pandemic, but to the vaping crisis, which emerged from an attempt to create a new smoking cessation option. That then spawned its own set of addictive behaviors, particularly among the country’s youth.

Or so we believed. But seemingly every belief we thought we knew soon came to be refuted by an equally plausible counter-belief. Vaping, or e-cigarettes as they were soon called, were initially touted as a safe alternative to cigarettes, and spunky startups sprouted about evangelizing public safety in their entrepreneurial zeal to bring these products to market. Which consisted of a vaporizer and a liquid cartridges with a liquid nicotine solution.

Soon the cartridges added various flavors to go along with the nicotine, with some containing marijuana, replicating the high of marijuana smoking.

After just a few short years on the market there were over 400 flavors, and vaping became so popular that use doubled from 2017 to 2018 among college students. That same year, 20% of Americans aged 18 or younger had used e-cigarettes in some capacity.

But by 2019, people were developing mysterious lung injuries severe enough to result in hospitalizations and even deaths. The New England Journal of Medicine called teen vaping an epidemic, and the CDC began to study the cartridges to see what was causing these symptoms.

Public policy experts and law enforcement went on the offensive, putting restrictions on what vaping flavors people could buy and where it could be used. Vaping drug busts made headlines as highly publicized drug raids by local and federal law enforcement officers recorded increasingly larger amounts of confiscated illicit cartridges.

Yet high schoolers kept vaping, and in greater numbers. Surveys found nearly one in four underaged American was vaping. Schools across the country joined the frontline offensive against the vaping crisis and increased drug testing in schools. Some began drug testing every student over the course of an academic year.

Despite the increased restrictions, and the increased publicity of the health risks, more teens continued to vape, resulting in more hospitalizations and more deaths.

Healthcare researchers struggled to make sense of it all. Sixty percent of vaping related deaths involved only nicotine cartridges, but 80% of lung injuries requiring hospitalizations involved cartridges with both nicotine and THC. The median age of users was 23 but the median age of death was 53. And 80% of lung injuries came from users aged 35 or less.

Although the data presented unfamiliar patterns of complications, lawmakers followed a familiar pattern of reacting with heightened restrictions and criminal investigations. High profile investigations of vaping companies began, similarly targeting the marketing tactics. Which were similarly reinterpreted retroactively to be aggressive and deceptive, with the intent to create addictions among its users. Forgetting that the original intention of vaping was to address cigarette addictions.

But vaping companies pushed back, demonstrating the value their product can provide when used appropriately. When the state of Massachusetts instituted a statewide ban on vaping, the Vaping Technology Association fought the ban and began conducting research demonstrating the value of vaping for patients who struggle with nicotine addiction.

By resisting and changing the conversation from criminal behavior to clinical research, the vaping industry demonstrated benefits when used responsibility among certain users. Emphasizing that the context around the behavior determines the clinical benefits or harms more than just the act of vaping by itself.

Dr. King, Director of Addiction Psychology at Cornell, studied vaping as a viable treatment option for nicotine addiction, and soon established a relationship between vaping and cigarettes. In coupling vaping with cigarette smoking she noted an inherent balance between the two. That by restricting one, you promote the other, and vice versa.

Though the act of vaping may be the same, the health risks are different. By studying the behavior around vaping, the context of use, Dr. King realized that there were two patterns of behavior, and two distinct health risks to two different user groups.

Explaining why the Department of Health and Human Services opted for a targeted ban on specific flavors of vaping cartridges only, while permitting traditional flavors like menthol, which are more commonly used among those quitting cigarettes. The targeted restrictions acknowledge the risks in both vaping and cigarettes, but also recognize that a balance can encourage patients to use vaping for cigarette addiction, its original intended use.

Which helps providers not only discuss opioid risks but also provide more easily much needed treatment for nascently developing dependencies. A balance that considers both the medical needs of patients and broader concerns of drug abuse and diversion. A balance that recognizes the complexity in addiction behavior.

Something we hope to see as more physicians begin to prescribe much need opioid addiction medications.