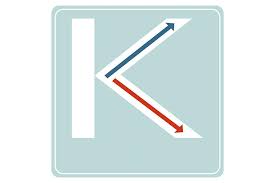 Famed economist John Maynard Keynes described the economy as a social organism, alluding to the vast interdependent network of industries that depend upon one another. Like all organisms, economies adjust, thriving in favorable environments, and evolving in unfavorable ones. Well ahead of his time, Keynes noted that to truly understand how economies adjust to changing circumstances over time, we must account for the social and psychological elements that influence the behavior of the public.

A lesson not lost upon economists today, as many are developing models to predict how economies will rebound post-pandemic by accounting for post-pandemic consumer behavior in their models. While most project an optimistic 2021, there are a few economists taking a more nuanced approach in projecting post-pandemic economic growth.

Leading economists within the International Monetary Fund and JP Morgan are predicting a K-shaped recovery, which derives its name from the diverging paths taken by different parts of the economy, resembling the two arms of the Roman letter “K” when charted over time.

Simply put, people are now prioritizing – more than ever before – their basic health when making fundamental economic decisions.

A shift not yet appreciated among foremost economic leaders. The World Economic Forum seems to believe that the diverging patterns of economic recovery are demarcated along traditional lines of economic recovery, the commonly observed split between large corporate conglomerates and individual consumers. Through this belief, the forum argues that economic aid to individuals would help spur economic growth where it is most vulnerable.

According to the National Bureau of Economic Research, 60% of the stimulus spending from the Coronavirus Aid, Relief, and Economic Security (CARES) Act went to pay off debt or was saved, with 20% using nearly all the stimulus payments to pay off debts. Of the roughly 40% that was spent on goods and services, consumers favored food and beauty products rather than large durables goods like cars or appliances – the latter of which would have maximized the positive impact on the economy.

The counterintuitive effects of the stimulus were surprising, though not entirely unexpected, as many economists have argued that a pandemic-driven recession is different than a traditional recession – which means the economic tools that can encourage recovery out of this pandemic must also be different.

To understand these tools, we must change how we perceive consumers, and incorporate a heightened emphasis on public health in consumer decision-making – merging the perceptions of patients and consumers into a new combined entity, called healthcare consumerism.

And consequently, view economic recovery in terms of healthcare consumerism, modeling consumer behavior in lieu of their behavior as patients.

An analysis conducted by the Boston Consulting Group seems to corroborate this notion. In a recent white paper, the firm compared how various industries have been affected by the current pandemic-led recession relative to the Great Recession just over a decade ago, and found the greatest disparity came from the healthcare sectors. While nearly all industries showed different degrees of losses in both recessions, the biopharma, medtech, and healthcare provider sectors demonstrated positive growth during this current recession, while showing losses similar to other sectors during the Great Recession.

While the reasons for the disparity may seem obvious – after all it was a viral pandemic that caused the current economic downturn – the disparity should have prompted new insights into post-pandemic consumer spending, which should have then prompted new solutions to promote consumer spending. Yet it did not. We still tried the same methods with considerably less effectiveness.

Something manifestly apparent as we look across our society, we see certain groups thriving while others are still struggling even in the latter days of the pandemic. Employees able to work from home have maintained jobs and income, accumulating more savings while others have lost their jobs and income, or closed businesses and have struggled to household expenses.

This disparity is the real divide creating the diverging patterns in the K-shaped curve – which we can analyze by studying the changing consumption patterns among healthcare consumers.

The distinguishing factor to determine whether a particular behavior will become more or less prevalent is to compare the health risk relative to the value gleaned per behavior. Those behaviors that put individuals at a greater health risk without a commensurate increase in value to the consumer will become less common.

But other behaviors, such as virtual health, which provides healthcare engagements at the convenience of home, or without the normally abhorrent wait times, provides minimal health risk while maximizing the value of convenience to the consumer.

Post-pandemic healthcare consumerism is a relatively new trend which will define public consumption patterns for years to come. While we are still learning how these trends will play out, we can safety surmise that studying healthcare consumerism as a ratio – health risk to value gleaned – will predict the likely trend for that behavior.

Revealing how the social organism will adjust to the post-pandemic economy.