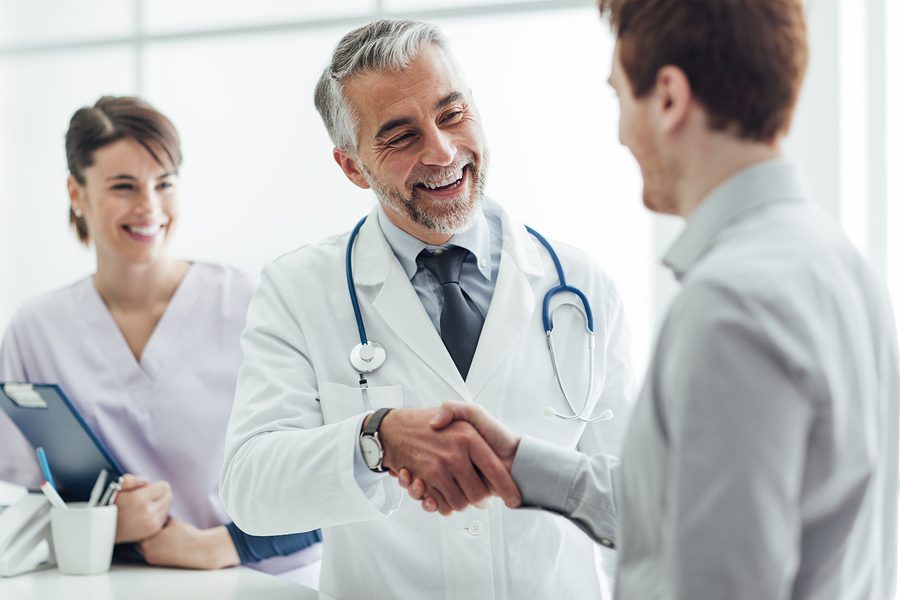 If a clinical trial is the science of medicine, then patient engagement is its art. Together, they form the essence of modern healthcare.

As Dr. William Osler, the famed physician who established the American medical curriculum, wrote: “Medicine is a science of uncertainty and an art of probability”. Dr. Osler realized nearly a century ago that there could be no science without art in medicine. And today, we must realize that no clinical trial can be complete without patient advocacy included in the study design.

Patient advocacy empowers the patient, a necessary element for any successful modern clinical trial. Medicine has long maintained a culture of paternalistic dominance. What the physician says is what usually goes. But we have slowly come to recognize that such thinking leads to health inequities that manifest as disparities in clinical outcomes.

In hindsight, these disparities appear obvious. But they are difficult to glean in real time because they appear insidiously, as subtle biases that manifest over multiple patient encounters and clinical decisions. We have learned over decades of clinical observations that this bias has a substantial effect on patient outcomes.

But we have yet to account for this bias when it appears at the source of learning in medicine, the clinical trial. Rife with uncertainty, with each outcome a matter of probability, every clinical trial carries the specter of bias in every conclusion drawn.

We know no data can be gleaned without an accompanying patient decision that leads to a clinical action – exactly because patient behavior in aggregate is clinical data. In that vein, clinical data is inherently biased because it is derived through the decisions and actions of patients. Data and bias come together, like art and science in medicine.

Hence, the need for patient advocacy, it humanizes the clinical trial. Advocates guide patients through every phase of a trial, ensuring that each decision and action reflects the patient’s best interest. This is no simple task and may seem unnecessary menial. But it carries far greater sway than what would appear at first blush.

Take two famous clinical studies, the Framingham Heart Study and the USPHS Syphilis Study at Tuskegee. In the Framingham study, patients in the small, mostly Caucasian town of Framingham, MA have been actively taking part in a study that evaluates the relationship between the onset of cardiovascular disease and its risk factors.

The town was selected because its residents showed a strong interest in participating. In fact, town leaders petitioned to be selected as the site for the study. And that interest shows no signs of abating, even in its third generation of participants.

In contrast, patients in the Tuskegee experiment were not told that they would be infected with a syphilis, a virulent sexually transmitted disease. Instead, researchers told the participants, all of whom were African American, that they were being treated for “bad blood,” a local term used to describe several ailments, including anemia and fatigue. And at no point in the multi-decade study were any of the participants offered the standard treatment for syphilis.

The study concluded in disgrace in 1975 and Congress eventually had to set up a fund that provided health services for the participants and their families. President Bill Clinton even issued a formal presidential apology in 1997.

The two studies represent all that is great and horrible in medicine. But the determining factor that characterizes each trial is the degree to which patient advocacy played a role. In the Framingham study, participants were empowered to participate and have continued to do so for three generations and counting. In the Tuskegee experiment, participants lacked any control over their care and were deceived into getting an infection – a sexually transmitted disease, no less – with no recourse of treatment.

Though most clinical trials today lack such polarizing legacies, patient advocacy remains as important as ever. The pandemic showed how different degrees of patient empowerment lead to different patient behaviors. Vaccine hesitancy is a matter of trust, and trust can only form over the foundation of patient empowerment. It comes as no surprise that vaccine hesitancy was higher in African Americans than Caucasians – just look at the two aforementioned studies.

Patient advocacy provides trust. It not only guides patients throughout a clinical trial, it ensures the participants that their best interests are met in every phase. When patients know they are being treated properly, they feel empowered and are more likely to be engaged. This is turn helps the clinical trial by reducing the effects of aberrant patient behavior on the eventual outcome through active advocacy.

The two go hand and hand, patient advocacy and clinical trials, like art and science.