Can a Physician be a Patriot? 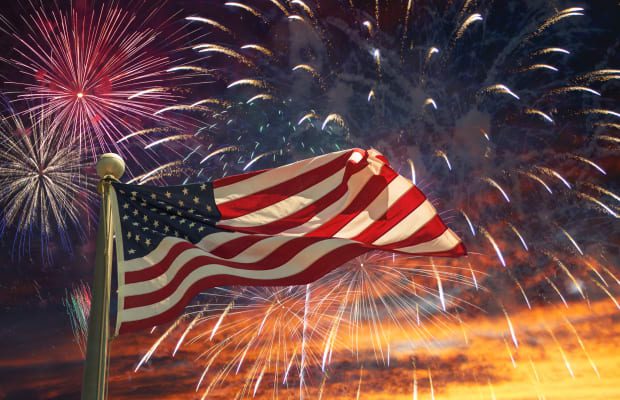 On the Fourth of July, lost in the haze of firework dust and summer jubilation, I came to a realization: America is moving toward a crossroad, one that pits medicine against the public, specifically those who claim to represent American patriotism and who oppose long-held beliefs in healthcare.

A physician would recommend a vaccine to curb the severity of a novel viral infection. A patriot would demand the right to choose. At some point, the two perspectives inevitably conflict.

To be fair, there are no guarantees that even if we achieved herd immunity – with high enough vaccination rates – the corona virus would stop mutating. There is still much we do not know about COVID and its ability to mutate so rapidly.

But what we know, and what I witness daily in caring for patients, is throughout the pandemic, the public’s relationship with healthcare changed. We have enough feedback studies to verify the growing distrust among patients. But the data does not encompass the full extent to which healthcare has changed.

Even basic conversations with patients are now different. It is never only about a person’s health. It is a referendum on a person’s personal values, cultural beliefs, and of course, political affiliation. This happens when healthcare becomes political: We poison the sanctity of medicine with the rhetoric of today’s polarizing cultural appropriations.

We see this whenever internet influencers affect patient behavior as much as any clinical guideline. I see this when the medical advice I provide gets refuted by claims made on social media.

At first I tried to correct much of the misinformation. Eventually, I developed a sense of feigned indifference. If a patient wants to believe in misinformation, then he or she has a right to believe as much. As long as I provide medically sound advice, a patient can ultimately decide what to do. After all, autonomy is within the fabric of our Constitutional rights.

I now see how wrong I was. And I must admit, when I took such a passive stance, I failed my patients. Healthcare is a right, like any liberty protected in the Constitution, and all rights come with individual freedoms. But these rights must be protected – actively – not only against poor decisions, but the consequences that emerge out of misinformation; namely, harmful laws and policies.

I first realized this in witnessing the recent passing of laws and judicial rulings that were harmful to medicine at large and to the fundamentals of clinical care. When the Supreme Court effectively leaves the issue of abortion for legislatures to decide, they are not respecting individual autonomy; they are disenfranchising the most vulnerable.

When access to guns is deemed an individual right, nobody ever questions whether the right to access equitable public health was violated.

The powers-that-be seem bent on taking a laissez-faire approach to healthcare. They believe healthcare is best served by eliminating any constitutional provision that regulates it. Such a policy level perspective, when applied to individual patient care, manifests as indifference. It appeared whenever I knew my patients were not heeding proper medical advice, ostensibly in the name of individual liberties, and I did nothing more than passively carry on.

We forget healthcare is unlike other rights. It requires active protection. Take, for example, something as mundane as eating. Sure, we have the right to eat whatever we want, whenever we want, but that comes at the cost of our health. We can just as easily say we have a right to protect our general health and restrict certain foods. We can manipulate the legal logic to go both ways. But there is only one correct clinical decision.

Nobody likes to think about healthcare in this way, but this is precisely what makes the concept of rights in healthcare so unique, and why these rights require active vigilance. Any right conferred by law, whether it is access to medical care, to consume certain foods, or to carry firearms, comes with a commensurate set of behaviors. Some of those behaviors are good for our health and some are not.

This is the main reason distrust in healthcare is at an all-time high. Not because of mistakes made by policy makers during the pandemic, but because the public now believes individual liberties are more important than healthcare rights. The cognitive shift is subtle, but the behavioral effects are overt – patients now question any medical recommendation perceived to be encroaching on their right to choose or to make individual decisions. For these patients, medical advice appears as a form of tyranny; and as patriots, it is their duty to resist.

This is where we find ourselves, at a crossroad in which medicine is pitted against the public and physicians are perceived to oppose to patriotic values of liberty. When we first arrived here, like so many others, I embraced a conveniently passive stance. Now I know: Unchecked patient autonomy comes at the cost of healthcare rights.

Eventually, we have to decide: Do we allow healthcare rights to be infringed upon, or do we take measures to protect them?

I do not know the answer to this question. And truthfully, as a single physician, it is not my decision alone. It is a decision for everyone in healthcare to make. And it is high time we come out of the haze of indifference and ask ourselves where we stand.

Which leaves me where I began, questioning: Can a physician be a patriot? My answer: Only if that physician actively upholds healthcare rights.