Are Politicians Beholden to ‘Do No Harm’? 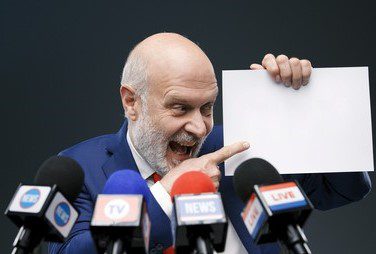 Intent – that most abstract yet important of words – one that plays an outsized role in the courts, originating in the common law system that formed the foundation for the Constitution.

Over the years the definition and context around the word have changed, but the fundamental premise has not. If someone accused of a crime or stipulated to be legally liable committed an action knowing, if nothing else, at least the possibility of potential downside consequences – then that person had intent.

And when intent is proven, a conviction is upheld and liability is placed upon the accused. The concept is clear enough. But like most concepts, the application of it becomes a bit complicated.

Take for example the political rhetoric around wearing masks or getting vaccinated. Rhetoric spewed at the highest levels of Congress, among some of the most influential members – some saying mask wearing is the government’s first pass attempt at authoritarianism, while others say getting vaccinated poses far greater risks than benefits.

Words that are influencing the public – so much that we barely crossed the 50% threshold for vaccinations, eight months after the vaccines first became available.

While diseases and pandemics have ravaged man since the dawn of civilization, these questions are unprecedented in our modern, technology driven society. If a physician knowingly makes false medical claims about a disease, a treatment, or some conventionally held medical notion, then that physician can be sanctioned by a professional licensing agency. But physicians facing such sanctions can always claim that they truly believe what they are saying. And that argument has been upheld and used to prevent licensing boards from reprimanding those physicians.

But when politicians do the same thing – spread false medical information – can they be held liable? The closest legal analogy can be seen when media personalities face civil lawsuits. To shield such personalities from any liability emanating from their on-air words, they make the argument of reasonableness – claiming that any reasonable person would have known better, and therefore the media personalities are not liable.

There can be no intent in the face of such absurdities – so the legal argument goes.

But when these same absurdities appear in public health policies, leading people to make medically harmful decisions, can politicians enacting these policies be held responsible? Or can they too make the reasonableness argument?

To answer those questions we must ask ourselves – are politicians beholden to the same oaths and pledges that medical professionals are held, to “do no harm”?

A phrase that has become proxy for intent in the world of medical jurisprudence; and like intent, has been parsed and diced into a myriad of interpretations – all of which return to the central premise – is the politician aware of, or should the politician be aware of, potential downside risks when touting a specific healthcare policy?

For those who claim the vaccine causes more harm than good, or that mask mandates are a path to authoritarianism, one cannot help but wonder whether they truly believe those positions. Most lawmakers at the federal level are well-educated. Aside from a few exceptions, most are college educated. We would assume they have some working knowledge of medical research and vaccines.

Yet so many politicians question the effectiveness of vaccines – repeatedly – ostensibly to cater to the more populist segments of their voter demographics. But if politicians are spouting medical claims they know not to be true to secure election victories, then that would justify the intent criteria as we described earlier.

This notion implies that politicians who deliberately present false claims about public health policy to secure votes should be held liable for the downside consequences of their actions.

However, what if these politicians truly believe what they say? That they truly believe mask mandates lead to communism and the vaccines are genuinely harmful?

Does that exempt them from demonstrating intent? After all, if they truly believe what they are saying, then they should have the right to say it.

If politicians who truly believe the false claims about vaccines and mask mandates advocate patients to make medically harmful decisions – like not receiving a vaccine – then should they be held liable for individual patient decisions? Or liable for practicing medicine without a valid medical license?

The hypothetical scope tends to widen as you move down the slop of speculation. But the exercise is worth pursuing nevertheless.

The United States has always had an uneasy relationship balancing individual risks with the broader public safety when it comes to infectious diseases. In 1905 the Supreme Court ruled in Jacobson v. Massachusetts that individual liberty is subject to the state’s police power when deciding whether to enforce vaccine mandates.

Healthcare has come a long way since then, but the fundamental divide between individual risk and public safety has not. Something made clear by the political polarization of the pandemic.

In leaving this divide unresolved, we allow it to continue impacting public policy. The CDC is no longer a scientific research institution, it is a political organization. Federal agencies that are normally reserved for research and development are now influenced by the whims of political partisanship.

Any scientific fact or data point can be smeared through the veneer of political rhetoric. Something politicians are acutely aware of.

More specifically, they are aware of the consequences of what they say. Otherwise they would not say anything in the first place. Politicians win elections by carefully selecting what they say, parsing word after word, even the ones who come off as spontaneous.

It would be naïve to believe politicians are not aware of what they say – they fully understand the downside consequences of their rhetoric.

Yet they continue to spew medically false information. Largely because they assume they will not face any consequences.

The consequences of their words fall squarely on the people who believe the rhetoric.

But at least they will vote. That seems to be the intent.