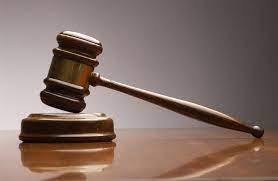 We know right from wrong.

When we see wrong, we identify it. It appears easy enough.

But there are times when we cannot see the wrong – when the wrong is subtle, arising out of a biased decision or a slight deviation from normal protocol.

For many facing the ire of law in the criminal justice system, this is precisely the type of wrong they face. It appears in a deviation from normal legal proceedings or in a biased ruling from a judge, which then deprives an individual of due process or the ability to mount a defense.

Incurring a wrong upon someone by denying an afforded right in the court of law is commensurate to violating or restricting a right through direct harm. But we do not see the two as the same.

Instead, we let the subtlety of wrongs in court pass while we stand up to overt wrongs seen in public. However, the most egregious wrongs come in the most subtle of rulings.

When something is subtle, it often appears subjective, subject to different opinions or interpretations.

Did a judge make this decision because she truly believes it is right? Did the prosecutors not present that evidence because they truly forgot to do so?

The subjectivity in the subtlety is what allows such wrongs to perpetuate without any semblance of accountability. And to hold judges and prosecutors accountable, we must transform the implicit into the explicit, and the subjective into the objective.

Dr. Zena Logal-Crenshaw has devoted her life to this transformation, of holding members of the prosecution and judiciary accountable. She developed criteria to objectively define instances of judicial abuse, when the subtle departures of due process or normal legal protocol amount to discernible patterns of judicial misconduct. She has found a way to objectively define subjective patterns of abuse, turning implicit biases into explicitly defined patterns of abuse.

And now she has taken what she learned to form America United International, an organization dedicated to protecting individuals against judicial misconduct.

To maintain the public’s faiths in the courts, the courts must be held accountable – not only in the rulings made, but in the decisions and motions leading to the rulings. Justice is truly just only when the proceedings are conducted as fairly as the rulings are made.

And wrong is always wrong, no matter how subtle or overt it appears, whether in the courts or in the public domain. To truly root it out, we must advocate for full accountability.