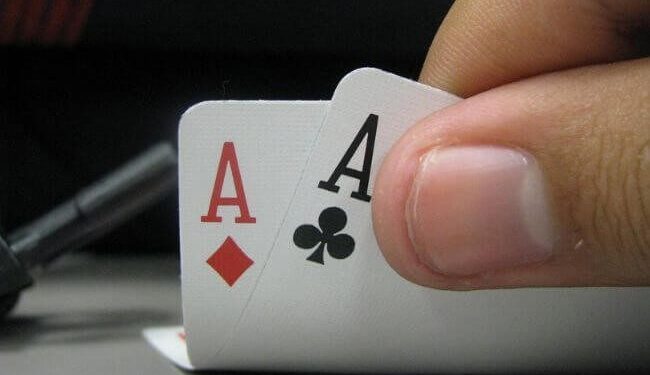 Poker players are notoriously paranoid. They standardize everything, from their hand gestures to their eye contact. They know that any change is a tell, a change in a player’s behavior or demeanor that gives clues to the player’s assessment of their hand.

So when Amazon recently purchased One Medical, a chain of upscale concierge primary care clinics, all of healthcare took it as a tell. Previously, Amazon was acquiring mostly virtual or telehealth based organizations, from Pillpack, an online pharmacy, to Health Navigator, an online symptom checker.

Both companies are primarily virtual, well in line with Amazon’s ethos of converting all things commerce into all things digital. But a closer examination reveals a more subtle strategy.

When Amazon purchased Pillpack, it touted patient empowerment through digital commerce. But its strategy was less focused on the end user, the patient, and more toward the dominant players in the pharmaceutical supply chain.

Amazon made no mention that PillPack would soon negotiate drug prices and coverage plans with large insurers or pharmacy benefits managers. But here we are, in a world where Amazon both markets Pillpack to its Primer subscribers and negotiates coverage rates with Blue Cross Blue Shield.

This puts Amazon in a powerful position. It controls both the digital interface and the levers of the supply chain. When seen from this perspective, the acquisition of One Medical is on par with its overall strategy: control access to the digital interface of patient engagement while leveraging control over the financial drivers of healthcare.

One Medical may ostensibly appear as a direct to care health system, but it too has its fair share of insurance exposure. Last year, One Medical acquired Iora Health, a chain of primary care clinics that treat patients on Medicare Advantage plans.

The move was odd at the time, ironically, just like how Amazon’s acquisition of One Medical appears right now. But it was just as strategic. With the acquisition, One Medical has access to a range of risk-based Medicare contracts and exposure to a wide range of patient populations.

With Amazon’s acquisition of One Medical, the e-commerce behemoth gains two digital interfaces of healthcare – one targeting the direct pay patient population and the other targeting Medicare at-risk population. But it gains market leverage. This is the true value Amazon sought.

Amazon could have easily used the acquisition money to scale the two chains it already owns. But it instead purchased two of the largest chains of primary care clinics in the country, and with it, two additional primary care models.

It seems like Amazon holds different primary care models like a poker player holding a hand of cards, selectively exchanging cards to maximize the value of its hand. Indeed, it may prove that the ultimate value comes not from any one card, but from the hand itself, as that gives Amazon the ability to negotiate with health insurers favorable terms for its patient members, cannibalization be damned.

Amazon knows better than most the importance of market leverage. Once it became the dominant form of commerce, it controlled prices to squeeze out margins traditional brick and mortar competitors could not match.

It now seeks to do the same with the healthcare industry. In the coming years, Amazon will continue its reach into healthcare by selective acquiring companies that give it greater presence in the healthcare consumerism space, not because it wants to empower patients, but because it will seek market leverage.

Margins will transfer from insurers to brokers that control the patient experience. And there is no company better at directing online engagement through commerce than Amazon. It knows what most of us implicitly understand – that healthcare will considerably change in ways we have yet to appreciate. But Amazon is playing for this.

The best poker players use uncertainty to their advantage. They hedge every option until worst-case scenarios become setups for winning hands. Amazon, like most of us, does not know what the ultimate model of primary care will look like, or even if there will be one standardized model like we have right now.

But Amazon knows that if it controls enough of the patient engagement, it can dominate the existing power brokers in healthcare – until Amazon controls healthcare like it controls e-commerce and web hosting.

So perhaps this latest acquisition is not really a tell of what Amazon is doing. Maybe the tell is that we did not see it coming.