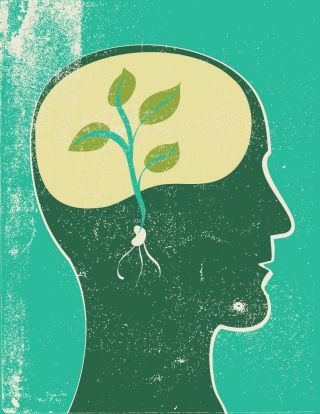 Water, water everywhere, nor any drop to drink.

A famous line in Samuel Taylor Coleridge’s poem, ‘The Rime of the Ancient Mariner’, which signifies that the pervasive salt water cannot quench the sea bound sailor’s thirst. That despite the abundance of water, none of the sailors is able to drink, and therefore they all remain thirsty.

As apt a metaphor as any when analyzing how patients attempt to make sense of newly available data as per federal price transparency rules – which came into effect this year.

In 2019, when Seema Verma, then chief of the Centers for Medicare & Medicaid Services, unveiled the rule, she promised it would, “upend the status quo to empower patients and put them first.”

But providing healthcare data without context creates a Russian nesting doll paradox. As pricing data is unveiled more and more granularly, the need to explain and contextualize the data becomes ever more essential – since much of the data is beyond the understanding of the lay patient.

Lost in the byzantine haze of healthcare billing, an alphabet soup of CPT codes and DRG number-letter combinations, many patients simply cannot make sense of the data to level necessary to make meaningful decisions out of the data.

And when patients are not able to understand something, they extrapolate – from things they read, they hear, and from basic assumptions they subconsciously make. A tendency so pervasive that it has its own term: lay epidemiology.

As Dr. Sudhakar Nuti explains it, “lay epidemiology is how inferences are drawn from patterns of disease in small groups like friends and family, larger groups from social media or other sources, and even entire populations from public information or news stories.”

Patterns that do not have to be linear or even rational. But for patients who think along such patterns, the decisions they draw are rational responses to the patterns they create.

Implying that healthcare policy experts should focus less on data transparency, and more on contextualizing data in a manner that makes it more digestible for general consumption. So that the decisions patients make are based upon patterns intended to be in the best interest of patients.

But who decides what is in the best interest of patients?

When a patient chooses one hospital over another, it is less due to the relative price of care, and more out of a host of subjective factors – proximity, comfort, existing physician relationships, to name a few.

Which begs a more basic question, what is the purpose of such data transparency?

A conjecture hardly anyone would argue against when asked directly, absent any other context. But in the moment of a medical emergency, or when faced with an existential, life-threatening clinical decision, patients make decisions quite differently.

They make such decisions through inferences – through the same patterns of thought that characterize lay epidemiology.

If we sincerely believe that data transparency is in the best interest of patients, then we should contextualize the data according to these patterns of inferences, allowing patients to make decisions as they would naturally make them, contextualizing the data in a manner that suits each individual patient uniquely.

This may be the true purpose of data transparency.