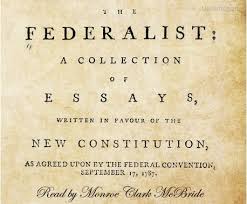 Publius – that is the pseudonym the forefathers who wrote the Federalist papers gave themselves when attempting to convince the legislative body of the colonial states to ratify the Constitution. The three forefathers, Alexander Hamilton, James Madison, and John Jay, would go on to become luminaries in early American history, penetrating the collective conscious of American folklore to this day.

While Alexander Hamilton garners majority of the attention for his Federalist writing – indeed he was the most prodigious of the three, crafting the greatest number of articles – it was James Madison who established the foundation for affirmative based healthcare law. A term commonly used to describe laws that balance specific duties or responsibilities with rights or privileges subsequently gained as part of satisfying the specific duties or responsibilities. This contrasts with restrictive laws, which – as the name implies – simply restricts as specific action or behavior through law.

For example, a restrictive traffic law is a speed limit. No matter how skilled a drive you may be, the speed limit is the limit, you cannot exceed it. And most of the laws in this country are restrictive, largely because restrictive laws are easy to understand. It becomes less difficult to understand a traffic law that affords different driving speeds based upon a person’s skill or proficiency.

Yet, it is that complexity that is needed to afford optimal legal oversight for patients without compromising individual rights. Restrictive laws have always harmed more than helped patients because a blanket law that simply restricts will inevitably harm those of whom the law inappropriately restricts.

Healthcare is unique from other industries in that way, as the complexity of decision-making itself creates another burden in educating patients on how to make decisions and process information. But most attempts at educating patients have only increase the complexity, like Russian nesting dolls. If we believe patients should make their own decisions, then we must provide the data to make the decisions, and then we need to explain the data – but  explaining the data requires having someone to explain the data, creating the need to identify such an individual – and address any potential biases such an individual may have. And on it goes.

Rather than simply finding the easiest solution for a healthcare problem, we must create a medically appropriate balance to define each person’s role and the nature of the relationship. When we imagine how physicians, insurance companies, and hospitals interact in an ideal scenario, we implicitly assume certain characteristics. Identifying the ideal interactions begins by explicitly defining the implicit assumptions defining each role and coordinating the relationships between each role. In explicitly establishing a balance, we do not presuppose a defined stance – abortion is good or bad – instead we define the framework to look at the issue, and our roles, or specific behaviors, in reference to that issue.

At BYU-Idaho, student insurance does not cover maternal care, and students who become pregnant need to obtain supplemental private insurance, incurring an additional financial burden. The religious views of the private school preclude the school insurance from extending care for abortion related services, and in the process, extended the preclusions to all maternal care. For married students who wish to start families, this has forced them to decide between continuing school or raising a family. A medically appropriate balance would weigh the number of married students who comply with the religious views of the school – as is the school’s right – with the financial costs of additional maternal care needed to start a family, and balance how much of that additional cost should be absorbed by the school’s insurance versus the individual student. The balance first aligns the beliefs of both the school and the students, and then determines how to best balance that alignment. Civic responsibility, which is a more formal way of stating what an individual’s role should be, is not defined in absolute terms, but relative to patient care, and relative to the individual patient needs.

The oaths commonly taken by physicians, the Hippocratic Oath and the Oath of Maimonides, emphasize direct patient care and the fundamentals medicine, and we should extend that patient centric focus to all of healthcare. Something Dr. Stanley Goldfarb opined when he acknowledged that while it is impossible for physicians to avoid social issues, physicians should prioritize the fundamentals of medicine and balance other legal or social issues from the perspective of individual patient care first and foremost. A balance, that when taken out of proportion, creates contradictory laws and social policies reducing physician oaths into nothing more than slogans. ‘Do no harm’, is case in point, and the current, extreme interpretation of the law now prioritizes potential, existential risks to society over direct, real risk to patient care. Instead, the law should focus on the real risks to individual patients and contextualize social safety from the perspective of individual patient rights. Law makers and law enforcement agents need to reorient their perspective to center around the medical needs of the patient, and balance the framework of laws, including the behaviors of other stakeholders, relative to the individual patient, fairly distributing the responsibilities of physicians, pharmacists, and others involved in patient care. Maimonides said, “the greater the contradiction, the deeper the wisdom”, and the wisdom to construct a medically appropriate balance begins by studying the contradictions that arise in extreme interpretations of the law or one sided social policies, to then create the framework required to balance all perspectives relative to the patient.

But laws that balance a civic duty with a legal right are harder to define than laws that simply restrict behavior, and healthcare laws, rather than attempt to define such a balance, focus more on just restricting specific behaviors. But restricting one specific behavior in a spectrum of complex behaviors creates unintended behaviors that vary by the perspective taken for a specific law. Abortion is at times a scientific issue, other times a religious issue, but most of the time a poorly constructed balance of both issues – what author Yuval Harari calls a policy derived from combining ethics and facts. And the different combinations produce different perspectives on how abortion is seen – should abortion laws focus on inappropriate sexual behaviors or on sanctity of human life, or on some combination of the two.

While these issues are immensely complex, and cannot be resolved in one book, or one lifetime, we only exacerbate these issues by how we construct the laws around abortion. Most abortion laws target one specific behavior, or aspect related to that behavior and concentrate full legal scrutiny on that behavior. Laws that seek to restrict abortions will find one behavior to target, and make that behavior more difficult to complete, believing by restricting one action, the entire set of actions around obtaining an abortion will be more difficult to complete, and assuming by making abortions more difficult to obtain, the overall behavior that leads to an abortion will be curtailed.

But making something more difficult does not deter that behavior, it simply makes the behavior riskier – which we see over and over in healthcare. And state by state analysis of abortion rates and varying levels of restrictions show that when one state restricts abortions, the abortion rates increase in neighboring states, prompting females seeking abortions to travel farther for medical care, something proven to be less safe for patients.

Even recent laws, called TRAP laws, or targeted restriction on abortion providers, that target clinicians or patients in the clinical setting are designed to restrict a specific aspect of the patient encounter, but gives rise to a series of complex consequences. In Kentucky, abortion providers must now perform a narrated ultrasound for patients considering abortions, in which the provider who would perform the procedure describes the fetal heart rate while showing pictures of the ultrasound, called “display, describe”, as part of obtaining informed consent for the procedure. Opponents of the law describe it as unconstitutional, accusing the law of targeting women in their most vulnerable moments, taking advantage of the moment to deter a potential abortion. But more fundamentally, the discussion changes from the validity of the abortions to the validity of informed consent.

Modern medical ethics define patients as autonomous individuals with control over their body, a sentiment echoed by philosopher Henry David Thoreau who describes, “individuals as independent entities with rights”, implying an individual’s informed consent is viewed in essential terms – either you fully consent or you do not consent – broadly defining all the complexities of thought and behavior with regards to consenting under one legal phrase, ‘informed consent’. But adding a provision introduces an elemental framework, which now means specific elements, in this case specific behaviors, define informed consent – so now informed consent includes the complexities underlying the decision to consent and the specific act of participating in a narrated ultrasound. But the added element may or may not be necessary, and possibly detrimental to the core decision itself, which if proven detrimental, questions the validity of the law. For example, a patient may be fully comfortable proving informed consent with the current set of information she has or will be given. But if then told to sit and observe an ultrasound, she decision may change, and change in a way that is contrary to her original decision, prompting her to behave opposite to how she would have originally behaved.

Which is a violation of her constitutional rights, as the implementation of the law should never dictate the overall course of or response to the law. Yet, far to often we see healthcare laws influence as much as regulate, infer as much as define. With a vastly different course of responses based less on a uniform interpretation of the law, and more on a complex, dynamic response to a broad set of behaviors and circumstances, in which the law is merely one of many perspectives weighed in the balance.

A balance James Madison sought after, a triangulation as he described it – which may be the most medically appropriate way we can interpret healthcare law particularly as it applies to an issue as complex as abortion.

Until then, we simply resort to restricting specific aspects, specific actions in a vague attempt to curtail a broad set of behaviors that encompass the overall spectrum of clinical behavior.

Healthcare law will never define the complexity of healthcare behavior. It will never be possible for a simple mandate to approximate a complex set of behaviors.