A Pox On All Vaccines 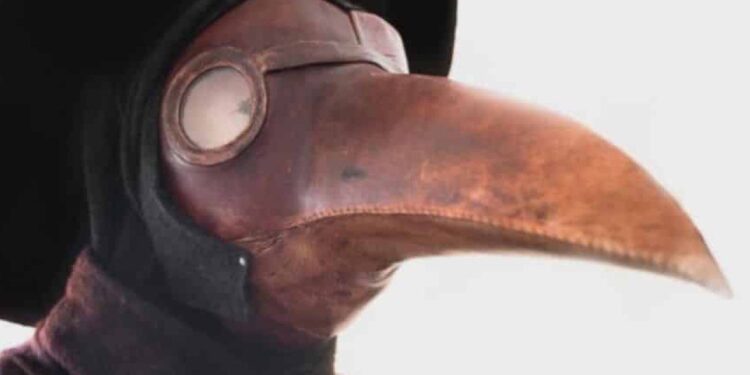 “A pox on both your houses.”

These were the famous dying words of Mercutio, a character in the Shakespearean tragedy, Romeo and Juliet. Openly neutral, he avoided taking sides with either house, Romeo’s house of Montague or Juliet’s house of Capulets. In the end, he still lost his life in a brawl between the houses.

He blamed both sides for spurring and instigating actions that led to his death. It is a befitting analysis that holds true to this day: No one side is truly blameless in a conflict that affects innocent bystanders. Take society’s views on vaccines, for example.

Vaccine hesitancy is a crisis of our own making, formed out of mistrust and misinformation that percolated throughout society long before the pandemic made it grossly apparent. Though we think all of this began with COVID-19, it has been standard practice for decades. In fact, it is downright formulaic.

Health policymakers glorify simplified narratives for a health issue. Media outlets then reiterate those narratives until belief becomes gospel. And the public reduces the reiterated narratives into binary distinctions of good or bad. The subsequent lack of nuance from the public further encourages such narratives. And on it goes.

We have a word for this. It is called churnalism. A term recently reinvigorated by blogger Dr. Adam Cifu, who has made a name for himself as a medical contrarian who uses common sense to buck prevailing narratives.

He notes churnalism is inherently systemic. No one person or entity is to blame for it. But here it is. And being a systemic problem makes it particularly pernicious. Since we have no one to blame, we have no one to solve it.

Systems are funny like that. They are the broad, implicit tendencies that define our everyday lives. But because they are subtle, they often go unnoticed. We never stop to consider why we have two separate co-pays for visiting the doctor and for filling our prescriptions. We just accept them until they become ingrained like tendencies.

Which can be both good and bad, but when the latter go unchecked, they produce adverse effects – like vaccine hesitancy.

As a result, one in seven individuals in America remain unvaccinated. Vaccine hesitancy is not some fringe belief; it is a systemic problem that health policy experts should urgently prioritize. As of the beginning of the summer, only half the country plans to get additional vaccines in the Fall, when COVID variant cases might rise again.

We can bluster about vaccine misinformation campaigns and create all the grassroots efforts we want. But until we change how we consume health information, we will continue with the same beliefs – and make the same mistakes.

It is how systems work. Beliefs result from what we think. And thinking is systemic, meaning it is a process, whether you are playing chess or checking off chores. Therefore, thinking can only change when we change the system. Implicitly, we know this.

We have noticed how the same mistakes made during the early days of COVID-19 are being repeated for monkeypox. We see the same issues that arise from not taking it seriously enough, in moralizing those who are infected, and in failing to prepare for vaccine distributions.

These recurring mistakes are not borne out of some conspiracy or the ineptitudes of incompetent bureaucrats. They are the optimal outcomes of an inherently flawed system.

It reiterates itself across the media as churnalism. Everything is wholly good or bad. This simplified, binary way of thinking permeates our thoughts. These narratives are then reiterated or refuted depending on our preexisting predispositions. And that becomes all we know. We cannot change because the system does not allow for it. It reinforces the same thinking, so of course we remain fixed in our beliefs.

Vaccines require us to think differently. Right now, healthcare is riding a wave of individualism. “My body, my autonomy”, “I did my own research”, “It is my right”: We are inundated with clever phrases repeating the same belief that healthcare is an individual choice.

This is anything but individualistic. It is the exact opposite; it is interdependent. Perhaps this is why we do not understand vaccines. Sure, we claim to distrust the technology or the motives behind the drug manufacturers.

In reality, none of that matters. We question none of the processed foods we put into our bodies. It makes little sense that we would suddenly broach such questions for vaccines if it is only about the technology.

It is no wonder vaccines are ineffective.

A pox on all vaccines.

But really, a pox on all of us.