A Letter to the Attorney General 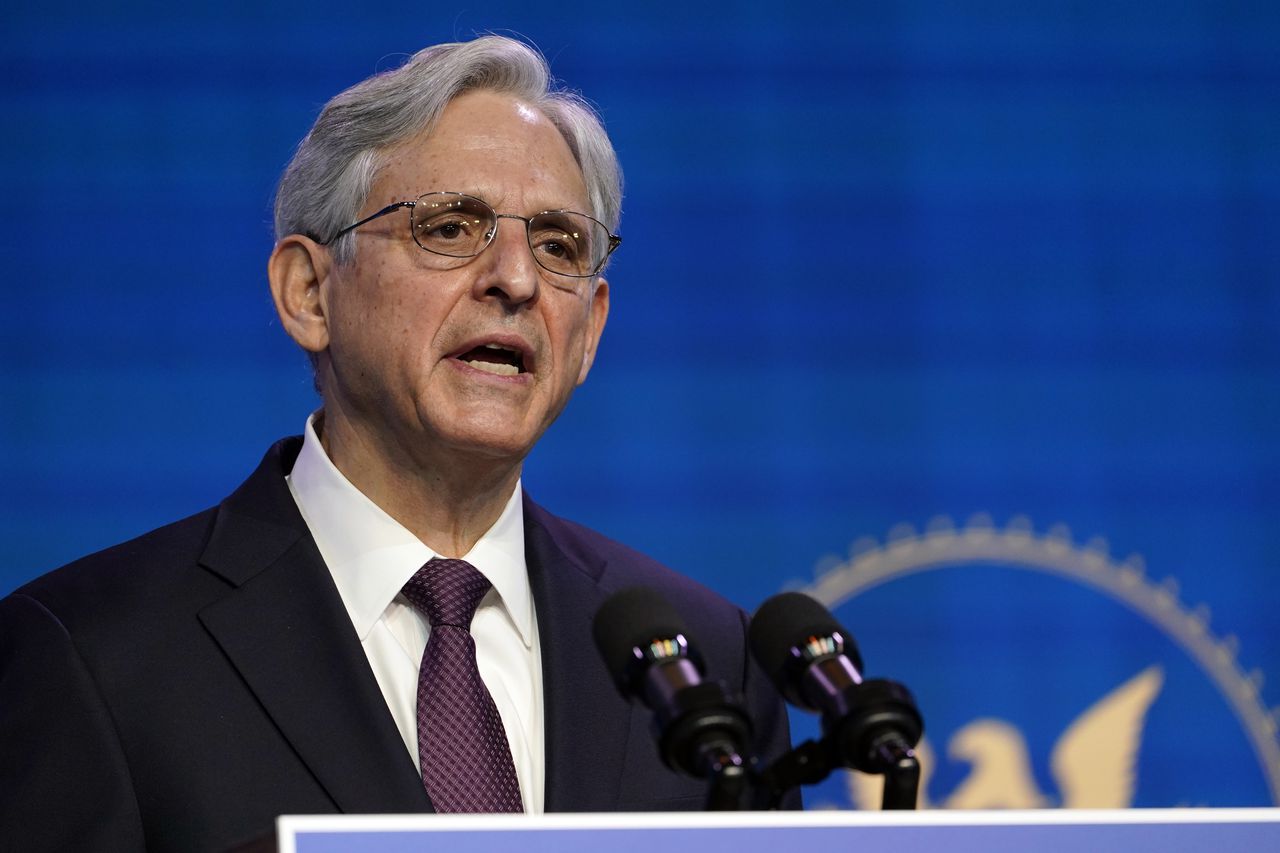 In a time when rule of law descended into mob rule, literally and figuratively, certain individuals rose to prominence with alarming alacrity.

Politically ambitious, morally ambiguous, these individuals used the pretense of law to unleash lawlessness throughout the land, from the general public to the courts of law.

Nowhere was this more manifest than in the investigation and adjudication of statutes around the opioid epidemic – in which extreme, medically inappropriate interpretations of the laws created a disparity between the laws’ intention and its implementation.

Interpretations became legal arguments, and accusations served as the basis for convictions, ushering in an era of Medical McCarthyism in which the fear of prosecution defines the quality of patient care.

As a son of immigrants who fled their ethnic homeland due to anti-Semitic pogroms, you know the fatal effects of fear and propaganda.

As a former federal prosecutor, you know the impact of political rhetoric on judicial objectivity, how fraud can perpetuate inductive logic and judicial bias.

As a former federal judge, you understand the complex nature of enumerative rights protected under the first amendment.

Now, as the head of the Department of Justice, I ask you to defend the Constitution and assert rule of law.

Initiate a pattern or practice investigation analyzing the influence of local police and regional DEA agents in affecting negatively the quality of clinical care in communities across the country:

The brutality is in the bias, the subtle departures from due process that begin with a lack of clinical understanding, which grow over the course of investigational fraud into judicial prejudice – resulting in a legal system attempting to moralize a fundamentally clinical problem through legal means, attributing blame to individuals in a capricious and arbitrary manner for burdens that should be distributed across society.

We disproportionately burden select individuals, violating the equal protections doctrine of the Constitution, and the common law framework of equal distributions of burden.

An evaluation of the civil rights violations that have transpired during the opioid epidemic will establish a framework for jurisprudence that would strengthen local and federal law enforcement, equipping them with clinical tools necessary to enhance investigational practices – while protecting individual liberties.

As Abraham Maslow said, “it is tempting, if the only tool you have is a hammer, to treat everything as if it were a nail.”

We have clinical evidence demonstrating that supply-sided pressures to curtail the number of opioid prescriptions have not reduced opioid abuse or opioid related mortality.

Yet we have law enforcement emphasizing the very thing clinical evidence has demonstrated not to be effective.

We have the prevailing narratives, and we have clinical data suggesting otherwise.

We have Tocqueville’s tyranny of the majority, and we have Jefferson’s oppressed minority.

We have what law enforcement believes to be a solution, proving merely to be a pattern of substitution, transforming the opioid epidemic from one form of opioid abuse to another.

When the speculative risk of diversion supersedes the actual risk of poor clinical care, the distribution of burdens has been violated and laws lose their fundamental fairness.

As Justice Holmes wrote, “the life of the law is experience, not logic”. And medically appropriate healthcare laws must incorporate the experience of healthcare – as it is experienced by those affected directly.

Healthcare is a right – a right of access, much like the right of access to information and court documents. To deny access is to deny justice, whether it is information or medical care. Access is a systemic right that transcends even the first amendment, rising into the common law philosophies through which we understand modern laws, beyond the realm of words, into the world of implicit cognizance of enumerated rights.

But if access to healthcare is a right, then we must investigate and determine what type of right, recognizing and protecting that right, not simply restricting it.

A medically appropriate framework for adjudication based upon affirmative healthcare laws begins with the assumption that healthcare is a positive right – a right defined through commensurate responsibilities and obligations – access to care based upon responsible care, the right to experience healthcare, so long as the experience is based upon logically sound principles of clinical medicine.

In law, we perceive distribution of burdens in terms of individuals or minority populations disenfranchised in some capacity – due to a law or an interpretation of a law. But in healthcare, distribution of burdens balances actual risks and potential risks that appear when implementing law into clinical practice. The constitutionality of the law is in the healthcare experience derived through the law.

Through a medically appropriate balance distributing the full set of clinical responsibilities and burdens properly – both those anticipated and those unforeseen, accounting for the law of unintended consequences. Including the secondary and tertiary effects that sway distribution of burdens in ways not anticipated when the law was first enacted – that only appear once the law is experienced.

A balance we can achieve through a pattern and practice investigation, in which law enforcement and healthcare leaders work together to optimize clinical care and legal oversight.

Allowing us to create models unique to each community that define emerging patterns which appear when observing subtle behavioral tendencies in aggregate, among physicians, nurses, law enforcement, and mental health patients together – analyzing the full scope of the relevant clinical context rather than relying on purported red flags, or individual actions, to discern criminality.

As Justice John Marshall decreed, the nature of a law must be understood in its entirety before individual components comprising the law are analyzed. That the essence, or nature of something must be viewed in its whole before deducing the parts, or elemental aspects that comprise the whole.

The misguided emphasis on purported red flags conflates an elemental analysis with an essential analysis, allowing individual actions, taken out of context, to constitute the full understanding of the term, “prescribing outside of the scope of professional practice”, without incorporating the full context of clinical behavior – a logical fallacy that has allowed certain individuals to pass investigational fraud as inductive legal arguments, and to retroactively redefine interpretations of hopelessly vague statutes.

Traditionally, such abstract statutes have been left for courts to adjudicate upon. But when the courts fail to adhere to the Constitution and to uphold a necessary counter-balance to the government, the disenfranchised are left without recourse – and the literal cries of pain are dismissed in figurative silence.

Making the need for a pattern or practice investigation all the more pressing.

The laws must be revised to maintain an affirmative balance protecting the right of access against the risks commensurate with that access. And the investigational practices developed through this investigation must protect personal liberties first and foremost, and balance the appropriate oversight with respect to these liberties.

We need laws and investigational practices that create a legal balance within a Madisonian framework of triangulation, in which laws are interpreted based upon the relative burden imparted by the law, keen to distribute burdens so that no one individual is attributed blame for problems or social issues that should be distributed across society.

But when law enforcement targets select individuals and the courts uphold these unconstitutional practices, the courts abandon due process – both procedural and substantive – and the laws become arbitrary and capricious.

We find individuals who exploit the burden of pain to obtain unlawful, career-enhancing convictions.

We see how subtle, constitutional transgressions create investigational fraud, which manifest in the courts as prosecutorial misconduct, and grow to induce judicial bias – until the biases in the legal interpretations become the basis for the conviction, retroactively re-contextualizing clinical behavior as criminal transgressions.

Upon conducting such an exercise, it becomes intuitive what needs to be done.

Create a healthcare court, equipped with an independent medical panel to review the clinical context underlying each legal case

Standardize and expand upon frameworks of medical jurisprudence, updating them for the modern world of complex medicine

I believe in your leadership, in your vision of justice, and I would be honored to serve alongside you, implementing the solutions set forth. I pray you consider me a resource towards this endeavor.

I believe in my heart that the Department of Justice and the Drug Enforcement Agency mean well. But without the appropriate clinical understanding, law enforcement cannot understand the implications of their actions or the consequences of their behavior.

As a result, seemingly innocuous actions that begin as subtle, conceptual constitutional violations have developed into overt manifestations of procedural due process violations, investigational fraud, and judicial bias.

As healthcare grows more complex, the disparity between healthcare behavior and healthcare law will widen, and without proper constitutional oversight, the government will further its encroachment to fill the growing chasm – worsening this very problem.

The solution is not additional government oversight, but restructured healthcare laws and reformed investigational practices.

Through such solutions, we will identify the causative factors unique to each community that initiated and exacerbated the opioid epidemic.

There has been far too much blaming and finger-pointing among those involved in the opioid epidemic. We have tried attributing blame to select individuals for a systemic problem – it has not worked.

A systemic problem must be understood through the relationships, the fundamental interactions that characterize the healthcare experience – as most healthcare problems are inherently systemic and complex, emphasizing the need for a standardized framework of medical jurisprudence.

A framework we can develop through a pattern and practice investigation.

None of us are perfect, but our very imperfections, when combined and balanced, make us perfect for the task at hand.