A Doctor Takes the Stand 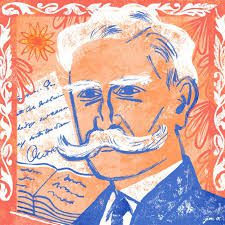 His image had a distinct haze of halo through the Plexiglas panel, but his words were anything but hazy, creating an indelible, riveting impression upon the minds of all who were in attendance.

His name is Dr. Martin J Tobin and he is a professor of Pulmonary and Critical Care Medicine at Loyola University Medical Center, located just on the outskirts of Chicago, IL. His testimony dissected into exquisite detail the physiology and mechanics of breathing – a subject matter most of us never imagined we would be immersed in.

Dr. Tobin comes from an institution with a long line of physicians who specialize in this very niche subject. And it showed. For every question asked, he provided nuanced details on breathing rates, heart rates, and chest motions, correlating three very distinct disciplines into simplified answers that we all could understand. For his efforts, he deserves all the praise heaped upon him – and then some.

But lost in the attention given to the testimony is a much-needed focus on the exchange of questions – between Dr. Tobin and the prosecutor, and Dr. Tobin and the defense attorney. An exchange that highlights fundamental differences in how physicians think and how lawyers think – how thoughts form and coalesce into what we understand clinically and legally.

In the clinical world, you think associatively and prospectively, aggregating clinical data in real time to identify the most likely clinical scenario. In the legal world, you think linearly and retroactively, piecing together evidence after the fact to construct an argument. Information that is available after the fact is usually not available in real-time. But more importantly, what is considered important in real-time can be retroactively re-contextualized to be more or less important afterwards.

The defense is attempting to create uncertainty by stating that the cause of hypoxia is indeterminate – we will never know with absolute certainty what caused the hypoxia, so we cannot prove beyond a reasonable doubt that asphyxiation caused the fatal hypoxia instead of the illicit drugs.

It is a series of decisions that determine how specific actions come to define the whole of a behavior. How much each of action influences the overall behavior, and what factors can be attributed directly to the behavior, which becomes particularly difficult to do so when addressing individual actions within the complexity of medicine.

We tend not think about law in this way, but the fundamental decision of guilt or innocence, of liability or responsibility is a effectively a matter of relative uncertainty that we consciously simplify into either guilt or innocence.

Uncertainty is the essence of medicine and analyzing uncertainty is the art of medicine, which is why medicine has always been considered more of an art than a science until recent decades. Art is an expression of imagination, which can only be appreciated when viewed in its entirety. Whether that is treating the whole patient or analyzing a physician’s decision through the full context of patient care.

But to distill medical uncertainty into granular actions in order to address legal uncertainty, reasonable doubt, remains a particularly difficult challenge. Any clinical event, be it a traditional patient encounter or a life threatening asphyxiation, is more than a series of discrete actions, it is a complex array of different physiologic mechanisms that interact in unique, often unpredictable ways – which then manifest as a set of symptoms. There will always be uncertainty within this complexity.

And this is exactly what Dr. Tobin did when he took the stand. He masterfully combined the inherently different forms of uncertainty and drew out a line of logic that removed any semblance of uncertainty – legal or medical. He did so by appropriately allocating the relevant clinical context into a discrete set of actions that defined the moments between the asphyxiation event and the loss of life.

The defense’s argument presumed that it would be impossible to overcome medical uncertainty and subsequently legal uncertainty – that it is impossible to attribute causality precisely because of all the clinical unknowns transpiring simultaneously in the waning moments of George Floyd’s life.

In his testimony, he transformed clinical medicine and data into legal logic and rhetoric. He provided a contextualized understanding of pulmonary physiology and chest motion mechanics when describing the last moments of George Floyd’s life. He combined legal uncertainty and medical uncertainty to address any lingering doubts in the mind of the public.