Why Our Prescribing were for Patients’ Best Interests

"One can only come to the conclusion that our TIRF prescribing was for our patients' best interests, not at all for self interests."

by Xiulu Ruan, MD
in Featured
0 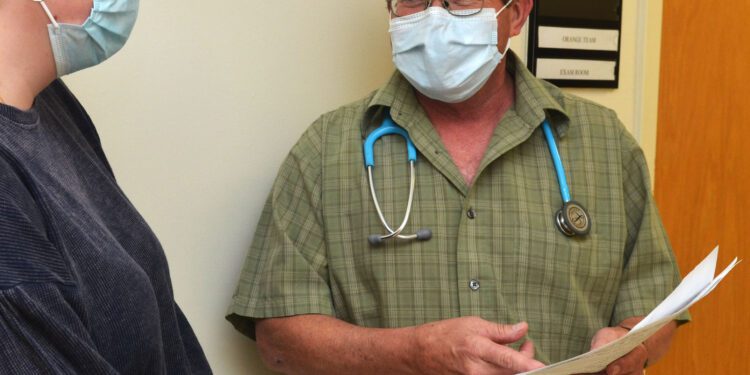 Content has been preserved in its original form and syntax. Modifications were made only to protect the interest of private citizens and to facilitate readability.

Why Our Prescribing of Transcutaneous Immediate Release Fentanyl (TIRF) Were for Patients’ Best Interests, Not for Self Interests

The Government’s entire case against Dr. Couch and myself hinged on the presumption that we prescribed TIRF medicines for self-interests, namely for money, not for patients’ best interests. Specifically, it asserted that we overprescribed Abstral in order to boost Galena stock price because we owned a large number of Galena stocks (the company that marked Abstral) (Tr.1/5/2017, p. 30-31). At the same time, the Government asserted that we overprescribed Subsys because we were speakers for lnsys Therapeutics (the company that manufactured Subsys) in order to receive its speaking fees. (Id., p. 31) Here I will demonstrate that when rationally examining our TIRF prescribing data, one can only come to the conclusion that our TIRF prescribing was for our patients’ best interests, not at all for self interests.

My patients followed my instructions well. For example, Government witness S—— B—– (a patient of mine from 2008 to 2015, who had been under my care for her lower back pain and leg pain due to lumbar spinal stenosis and failed back surgery syndromes) testified that she only used her Subsys for “tight situations. (Tr. 2/2/2017, p. 4152) (“If I was to go shopping and my leg was to go out where I could not move it, then I would take it to get me back to my automobile.”)

The significant cost saving can be seen from the following comparison: In his opening statement, Mr. Bodnar repeatedly told the jury how expensive such TIRF medicines were, e.g.: “Prescriptions for Subsys and Abstral range from $5,000 to over

Our use of Free Voucher Abstral Program Negatively Affected Galena, the Company We Owned Large Share of Its Stocks

David Corin also testified that our use of Abstral at PPSA and C&R Pharmacy hurt Galena financially:   “It affected us negatively because Galena paid for all products in the voucher program…because we were losing money on the voucher program…” (Tr. 1/19/2017, p. 53-54) He also confirmed that Galena’s financial loss was tied to our free voucher medications at PPSA. (Id.) This fact alone contradicted the Government’s assertion that we prescribed Abstral for self interests — to boost Galena stock price simply because we were significant Galena stock owners.

At trial two Government witnesses, S—– B—- and A—– D—– B—– testified, as the “victims” of TIRF recipients. Both of them had lower back pain and leg pain for years, due to degenerative lumbar disc disease, lumbar spinal stenosis, and failed back surgery syndromes. E.g., B—– had undergone five lumbar spinal surgeries prior to her being referred to PPSA to see me. (Tr. 1/31/2017, p. 3671) Even though both testified as if they were TIRF “victims,” their testimony actually sounded like success stories.

S— B—- testified that she only used her TIRF medication for “tight situation” as she stated previously; A—- B—- told the jury that the Abstral and Subsys prescribed helped her pain tremendously: “I could clean my house, wash my car.:” (Id.,

Rationally Analyzing Our Subsys and Abstral Prescribing Data Showed That We Prescribed TIRFs Based on Patients’ Needs,

Not Our Own Interests

Again, Government witness, D—- C—– testified that our free voucher uses of Abstral significantly hurt Galena financially, necessitating the change of its voucher program at the end of March, 2014. (Tr. 1/19/2017, p. 53) Yet, both Dr. Couch and I owned large shares of Galena stocks.

In addition, the trial record showed that I prescribed more Fentora (another competitor TIRF drug) than I prescribed Abstral in the Indictment period. Specifically, according to Government Exhibit 12-2, I prescribed total of 93,034 units of Fentora and 67,892 units of Abstral. Yet, the jury heard very little about Fentora because such data would have contradicted the prosecutors’ argument that I over-prescribed Abstral to boost Galena stock.

On the other hand, the prosecutors insisted that Dr. Couch and I over-prescribed Subsys for its speaking fees. The Eleventh Circuit illogically argued that there was “abundant evidence that the appellants prescribed millions of doses of TIRF for their own financial gain (i.e. their Investments in Galena stock and their payments as lnsys speakers) [United States v. Ruan, 966 F.3d 1101, 1175(11th Cir. 2020), but the prescribing data shown above directly contradicted its conclusion.

In sum, all of the above prescribing data strongly support only one logical conclusion: We prescribed TIRF medicines to benefit our patients, not for self interests as was asserted, and that was the fact.