The Gospel of Wealth and the National Health 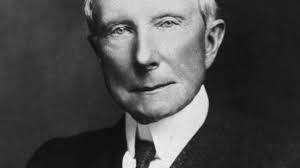 The Rockefeller Foundation’s (RF) engagement with the British National Health Service (NHS) between 1945 and 1960 fundamentally changed the relationship between politics and health on the international stage. The foundation morally invested in the success of the NHS because, to them, it offered a world-inspiring model for how to provide medical care following the tenets of social medicine. The RF administratively and financially supported two health centers, in Edinburgh and Manchester, to help realize these ambitions.

While the development of both centers exposed conflicting understandings of social medicine, these facilities later became important examples when British health centers expanded in number after the mid-1960s. But the shift toward more communal forms of general practice provoked unease regarding privacy among patients. However, strategies used by medical professionals to offset these anxieties helped facilitate public acceptance of forms of care that aligned with the communitarian values of social democracy.

The connections between American private philanthropy and British state planning show how a routine visit to the doctor in Edinburgh or Manchester in the 1950s was implicated in the broader politics of postwar global health.

Source: Bulletin of the History of Medicine