Letter to the Alabama Board of Medical Examiners

by Xiulu Ruan, MD
in Featured
1 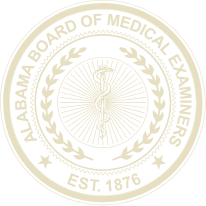 Alabama Board of Medical Examiners

Content has been preserved in its original form and syntax. Modifications were made only to protect the interest of private citizens and to facilitate readability.

It must be quite a shock for you to receive a letter from a physician felon. I was convicted as a mobster after a seven-week jury trial in the Southern District of Alabama on February 23, 2017, and am serving a twenty-one year sentence in a federal prison In Oakdale, Louisiana. As a result of my indictment and subsequent conviction, I have lost my Alabama medical license, along with those of Michigan, Florida, and Mississippi. However, the truth of the matter is that I have not committed any crime; I have been only criminalized and vilified.

The purpose of my letter to you is manifold. Though this may seem to serve as a means of venting my indignation about the grave Injustice of my case, this is not my main goal. Despite the fact that I feel quite urged to share with you the horrendous ordeal and misery that my family members and those close to me have gone through, I want to focus on a broader issue, namely the movement to prosecute physicians in this nation. It is mainly for this reason that I have decided to share with you what I have recently written. Using my own trial as a foundation, I aim to show how, in this country, a well-trained physician can be selectively targeted, deliberately ensnared, inappropriately tried, and wrongfully convicted.

It is well recognized that 97% of federal convictions and 94% of state convictions are the result of guilty pleas. In his book entitled “Prosecution Complex,” Daniel S. Medwed (a Professor of Law at the University of Utah and a legal scholar in the field of wrongful conviction) opines: “There is a stark sentencing differential in the American criminal justice system depending on whether a defendant pleads guilty or is convicted after a trial. Defendants who reject a plea offer customarily receive a steeper sentence upon conviction on those charges after trial than the one contained in the plea offer” (p. 61). Professor Medwed also holds that it is impossible to quantify the social cost of the current mode of plea bargaining in the United States that places pressure on innocent defendants to plead guilty (p. 60).

The overwhelming majority of prosecuted physicians choose to sign plea agreements with the government, and by doing so they have given up their rights to challenge or openly present their cases to the public. On the other hand, the prosecutors representing the federal government have total control in deciding what the public should be told in each case. Deliberate misrepresentation in order to unfairly prejudice against the defendant physicians is a general rule rather than an exception. Here I want to substantiate the aforementioned point with the use of my medical credentials as an example.

As a fellowship-trained, board certified interventional pain management specialist, I took a great deal of pride and had devoted my level best effort in building up my professional credentials. At the time of my arrest in May 2015, I had an active and unrestricted licenses in four states, namely Alabama, Michigan, Florida, and Mississippi. I also had eight active medical board/subspecialty certificates, including Physical Medicine & Rehabilitation, Pain Medicine, Addiction Medicine, Electrodiagnostlc Medicine, lnterventional Pain Management, Subspeclalty Board Certification in Neuromuscular Medicine and Pain Management, as well as a board certificate by the American Board of Independent Medical Examiners.

The professional information related to my clinical training and education, academic title and publications, and board/subspecialty board certifications was easily accessible on my personal website as well as on my company website (Physicians’ Pain Specialists of Alabama). However, in the Grand Jury Indictment release on April 30, 2015, there was only one sentence given pertaining to my clinical background: “Defendant Xiulu Ruan, MD was a Mobile, Alabama physician licensed to practice medicine in the State of Alabama.”

Clearly, the prosecutors decided that none of my other qualifying information, particularly as a fellowship-trained and board certified pain specialist was relevant. They had no intention of letting the public know the full level of my professionalism.

Instead, they showed no misgivings in painting me to be an unscrupulous, fraudulent, greedy doctor who was only concerned about money. I believe this dirty tactic of character assassination is the modus operandi utilized by prosecutors when prosecuting physicians. Thus it is no longer an issue as to how a certain specialty or subspecialty of medicine is practiced; the issue has become a sociopolitical one. As a result, what physicians have learned through their clinical training and education becomes essentially irrelevant. There is no objective standard at trial; what the prosecutors ever need is an inflammatory and incriminating rhetoric that they can use to instigate confusion and prejudice among the jury against the physician defendant, who has already been found “guilty” before the trial even starts. Specifically, my trial was replete with deliberate misinterpretations, misrepresentations, and distortions. To forewarn my fellow colleagues of such vulnerability and peril (in case when being targeted and facing prosecution), is the other important reason that prompts me to share some of my writings with various physician organizations, medico-legal professionals, as well as some journalists.

Finally, please keep in mind that I have been convicted as a head “gangster” of an illusory “criminal enterprise,” following a seven-week jury trial. I believe that my case clearly represents a political persecution that is both shameful and disgraceful.

Thank you very much for your time and attention.